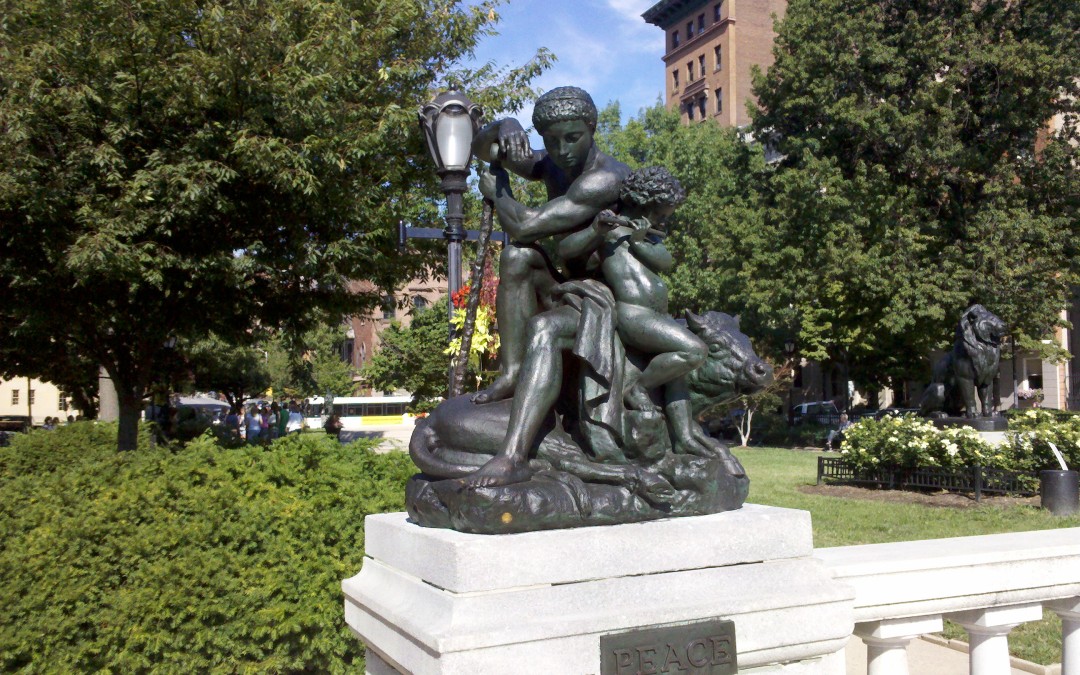 Baltimore has been much on our minds lately. Just north of downtown is the Mount Vernon historical neighborhood, home to the Enoch Pratt Library, the Peabody Conservatory,  the Walters Gallery and many other venerable Baltimore cultural  institutions. It was named after George Washington’s home in Virginia; the first Washington monument is located there. At the ends of a balustrade that marks the corners of the square are four statues: War, Peace, Force and Order. All four are comprised of a neo-classic figure, child and animal, designed by the French sculptor, Antoine-Louis Barye. The originals, cast in 1854, are in the Louvre, in Paris.  It’s obvious that war & peace are set as opposites: so, we would think, are order & force —  something to mull over in these troubling times. Is that the priestly blessing  in the order statue? Think it is . . .