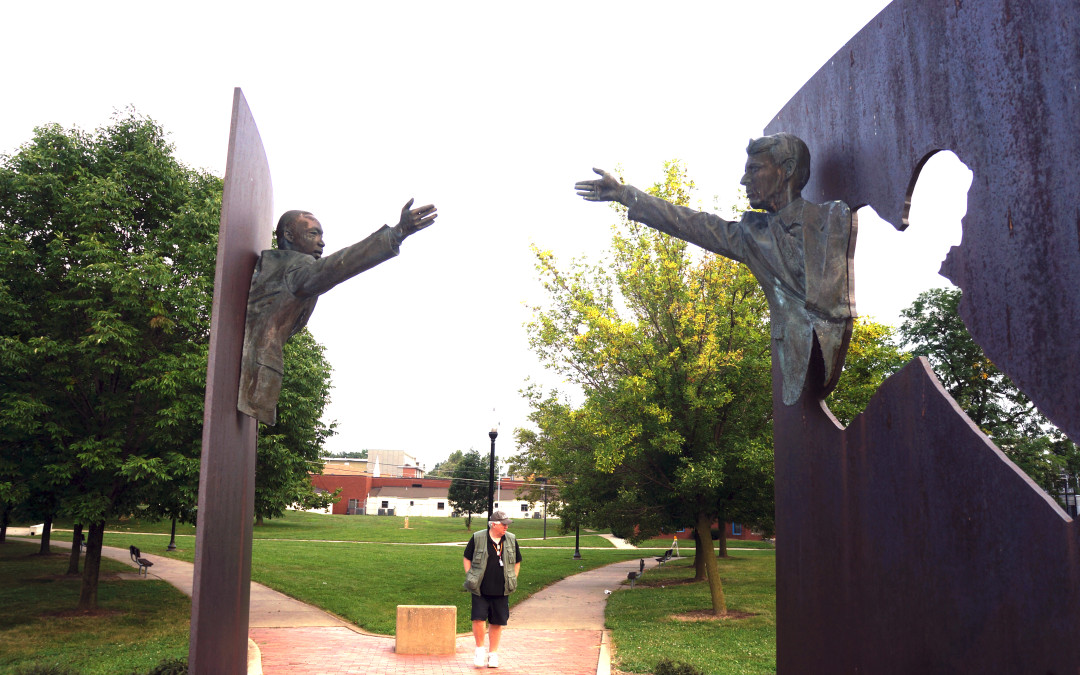 The Landmark for Peace is a memorial sculpture at Dr. Martin Luther King Jr. Park on the northside of Indianapolis that honors the contributions of the slain leaders Dr. Martin Luther King, Jr. and Robert F. Kennedy. On April 4, 1968, Robert Kennedy flew to Indianapolis for a planned inner-city rally promoting his presidential campaign, and was informed upon landing about King’s assassination. Kennedy was told that riots had broken out in other cities and was advised not to make the speech, but he proceeded to address the gathered crowd at 17th and Broadway, near the site where the memorial now stands. Instead of a campaign stump speech, he delivered a five-minute improvised statement informing the crowd of King’s death and urging racial reconciliation. No riots took place in Indianapolis, a fact many attribute to the effect of Kennedy’s speech. Kennedy was assassinated two months later.