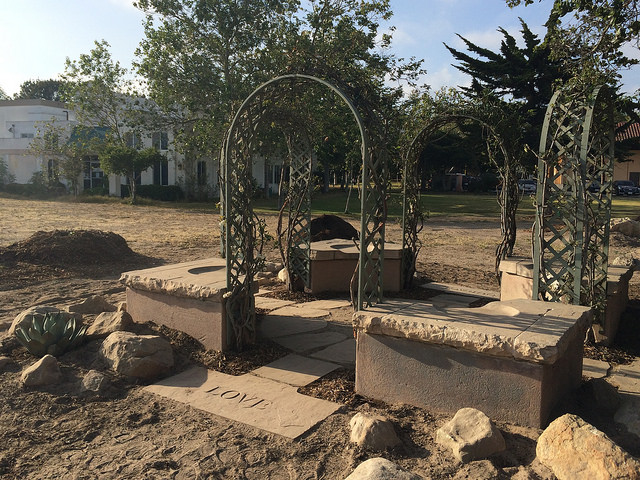 The history of Isla Vista, adjacent to the University of California-Santa Barbara Campus, is complicated and volatile. In the Fall of 1969 a popular Anthropology professor was fired; early the next year there were massive protests; in February, the Bank of America Branch was burned to the ground. Then-Governor Ronald Reagan called in the National Guard. The anger on both sides continued to fester: in April, Reagan said, “If there is to be a bloodbath, let it be now.” He got his wish. After another protest (and another burning of a BoA building); the police shot into the crowd with tear gas and bird shot. The next night the police returned with riot gear; a student was shot and killed. Two weeks later, in the aftermath of the bombing of Cambodia & the killings at Kent State, the LA Sheriffs, accompanied by local law enforcement units, enforced a curfew by kicking down doors, dragging people from their houses, beating them with their nightsticks, and threatening to shoot to kill. The next day, community leaders organized a sit-in in Perfect Park to protest the police actions. By the time of the 7:30 curfew a quiet, determined crowd of some 700 had gathered. When the police began arresting them for curfew violations, they reacted with calm, non-violent acceptance. At 9:20, with nearly 300 arrested, police ordered the remaining crowd to disperse. When no one moved, the police sprayed pepper gas from a machine directly into the crowd. Then, as the Santa Barbara News-Press described it, “gas-masked deputies swarmed into the crowd, flailing their nightsticks in all directions.” Those arrested were taken to the County Jail where many were subjected to further beatings, denied bail, abused, stripped naked, sprayed with mace and thrown into solitary confinement. But it worked: a judge dismissed all charges and the Governor lifted the curfew. The community healed. Residents raised the funds to build the memorial, which was dedicated in 2003. There’s a plaque in the middle that says “In a spirit of remembrance, inspiration and reconciliation, we commemorate the people who worked for peace, justice and nonviolence in Isla Vista and elsewhere during the Vietnam war era.”