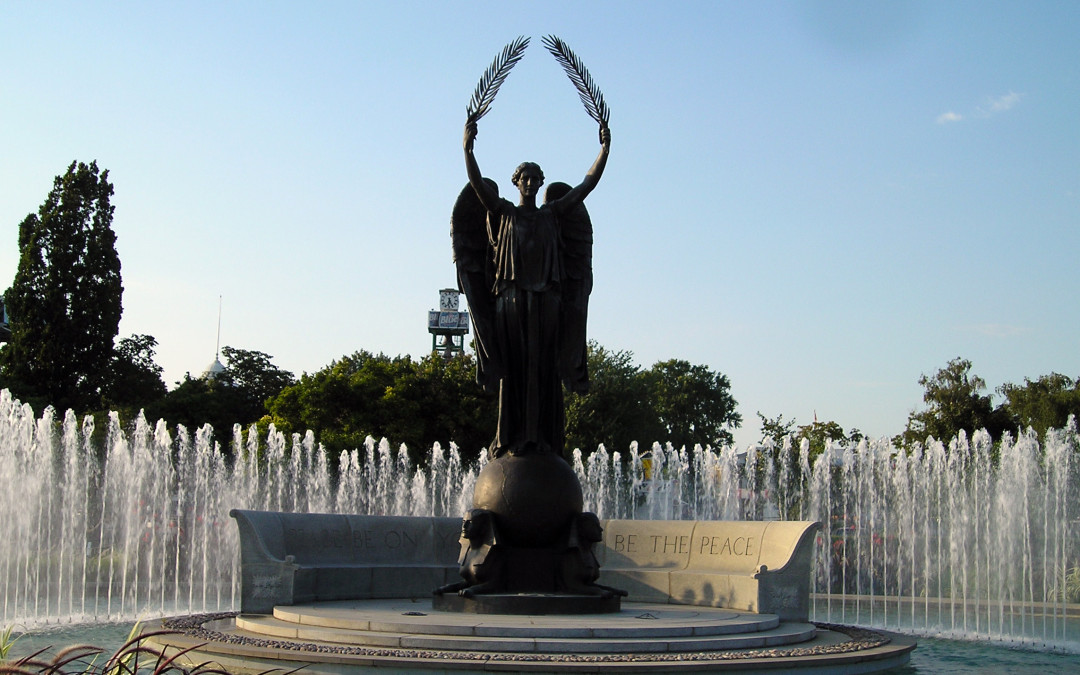 On 12 June 1930, this Peace Memorial was presented to the people of Canada by Imperial Potentate Noble Leo V. Youngworth, on behalf of the 600,000 members of the Ancient Arabic Order of Nobles of the Mystic Shrine (Masons) to commemorate the peaceful relationships existing for over a century between Canada and the United States. In August 1958 the surrounding garden and fountain, created by the Toronto Parks Department, were official opened and the Memorial was re-dedicated to the cause of peace. On the shores of Lake Erie facing the United States it depicts a winged angel holding aloft a laurel crown and standing upon a globe held aloft by female sphinxes. The inscription around the base reads “Peace be on you,” and its response, “On you be the peace,” the English translation of the Islamic greeting used by Shriners.