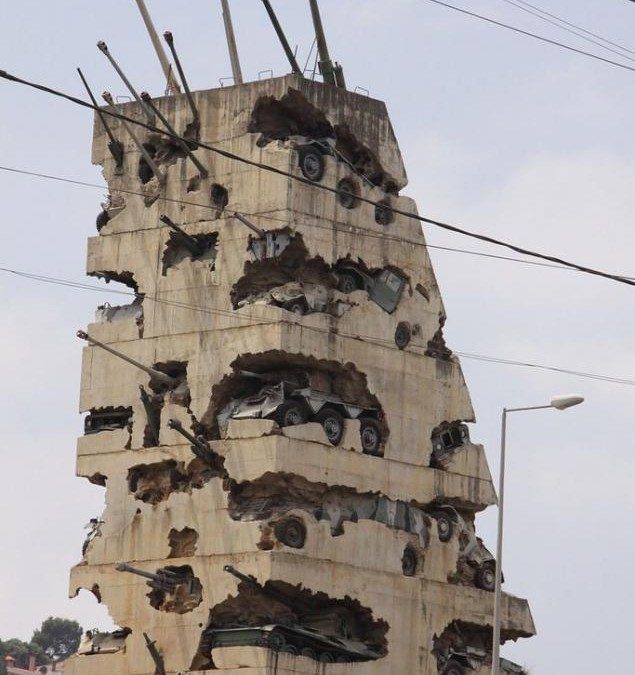 When this statue was unveiled in 1995, the UK Independent called it a “tank sandwich.” The 5,000 ton pyramid was designed by Armand Fernandez, who tried to peddle the concept to the city of Strasbourg, France during D-Day celebrations in the early 1970s and then to the Israelis in 1983, a year after their invasion of Lebanon. Both turned him down. Located in front of the Lebanese Defense Ministry, it contains 78 real tanks, artillery pieces, mortars and armored vehicles. It is described thus in the artist’s catalog: It is a work which strongly denounces the follies of man, with its defiantly ironic title “Hope for Peace.”  By its size, its cut, its harmonious appearance, it is a remarkable reflection of the image of a city which had long been reduced to the vision of buildings in ruins. . . It focuses on both the cause and its effects. It blends shows machines alongside the results of their destruction. And if one is given to dreaming of a time when all these killing machines enshrouded in such masses of concrete with their symbolic protrusions are concealed beneath the surface.”