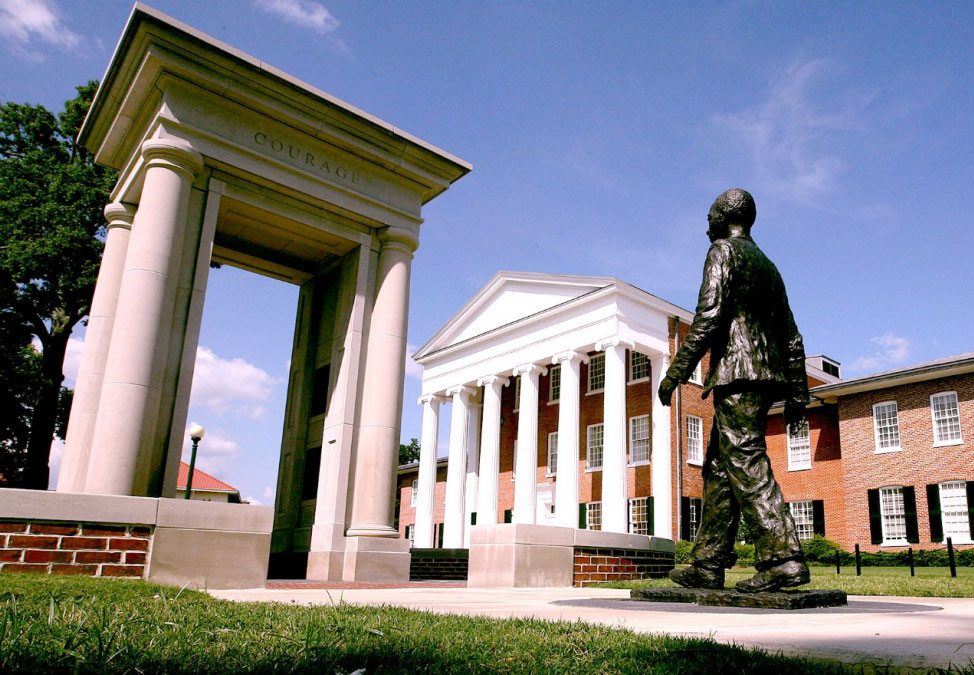 The James Meredith monument was dedicated in 2006 a symbol of racial reconciliation for a state that continues to struggle with how to move forward from a violently racist past. It commemorates the 1962 enrollment of James Meredith at Ol’ Miss, forced by Federal marshals and the National Guard in a bloody two-day battle with a mob of white racists. Meredith himself dislikes the statue, calling the “graven image” a “supplicant” to a system of white supremacy that he believes still exists. Although invited to the unveiling, he was denied permission to speak. US Representative John Lewis, who did speak, said “Today we can celebrate a new day, a new beginning, the birth of a new South and a new America that is more free, more fair, and more just than ever before!” In 2014, the Sigma Phi Epsilon fraternity closed its 130-member University of Mississippi chapter after three members were accused of tying a noose around the neck of the statue. Besides the noose, someone draped a pre-2003 Georgia state flag with a Confederate battle emblem in its design on the face of the statue.