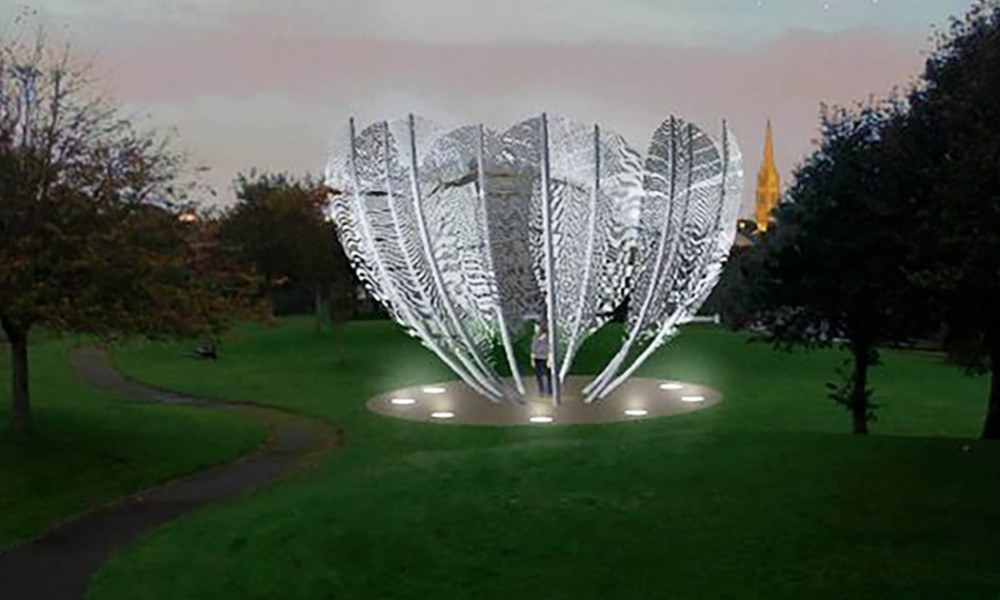 Sixteen years after the Choctaw and other “civilized” tribes had endured the Trail of Tears and been forcefully relocated to Oklahoma, the great potato famine of was spreading in Ireland. While numerous crops were grown in great quantity in Ireland, Britain had earmarked all of them for export as they were “money crops.” The consumables that remained were priced too high for the local Irish Catholic farmers, who could only afford the domesticated and easy to grow Irish potato that the poor had become dependent on. A group of Choctaw people in Scullyville, Oklahoma area had heard of the plight of Irish. They collected $170 and passed the money collected onto a U.S. famine relief organization. This sculpture, “Kindred Spirits,” has nine giant, stainless steel eagle feathers arranged forming a protective space. Sculptor Alex Pentek  said, “I wanted to show the courage, fragility and humanity that they displayed in my work.” The sculpture was dedicated in August, 2015 and is in Bailic Park in Middleton, not far from Ireland’s south coast.