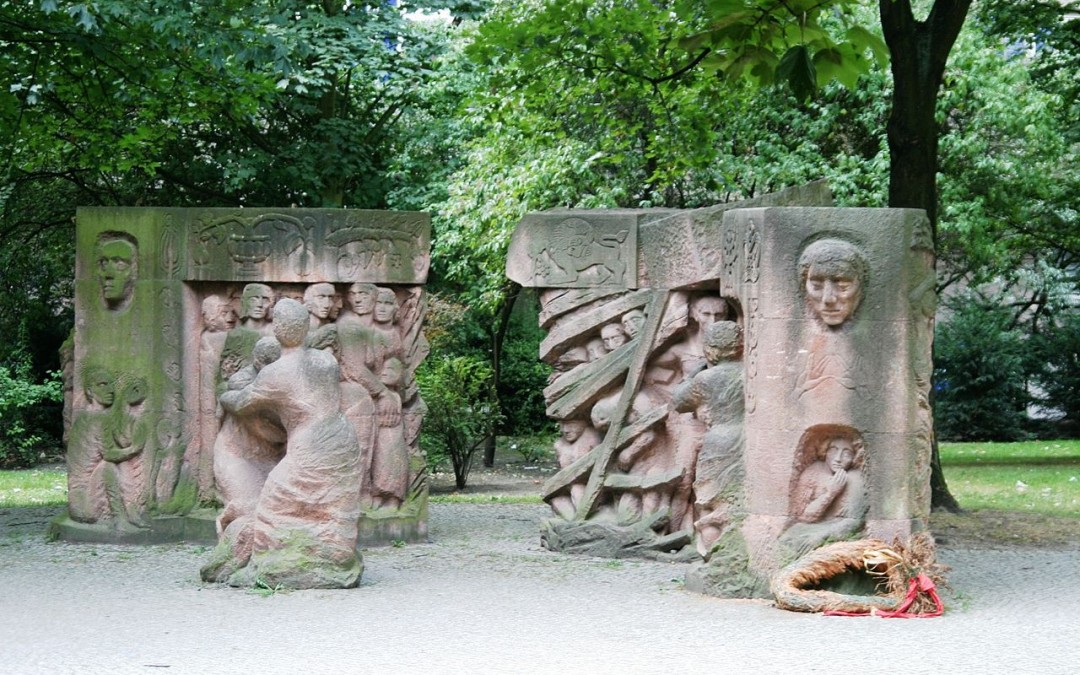 The Rosenstraße nonviolent protest, on “Rose street” in Berlin, was carried out by the non-Jewish wives and relatives of Jewish men who had been arrested and locked up in a provisional collecting center rather than being shipped to the death camp at Auschwitz like the rest of Berlin’s Jews. The protests continued for more than a week, under threat of death from the Gestapo, until the men were released. In the mid-1980s, Ingeborg Hunzinger, an East German sculptor, created a memorial to those women who took part in the Rosenstraße Protest. The memorial, named “Block der Frauen” (Block of Women), was erected in 1995 in a park not far from the site of the protest. The sculpture shows protesting and mourning women, and an inscription on the back reads: “The strength of civil disobedience, the vigor of love overcomes the violence of dictatorship; Give us our men back; Women were standing here, defeating death; Jewish men were free.”