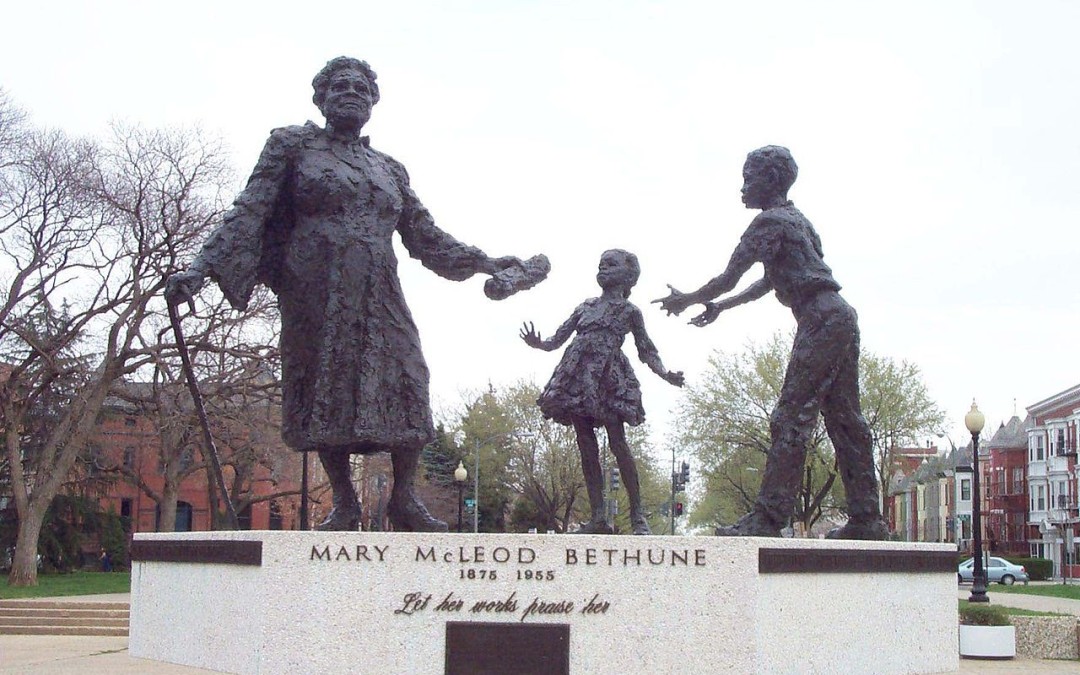 The Mary McLeod Bethune Memorial was the first statue erected on public land in Washington, D.C. to honor an African American and a woman. It is located in Lincoln Park, at East Capitol Street and 12th Street N.E. The statue features an elderly Mrs. Bethune handing a copy of her legacy to two young black children. Mrs. Bethune is supporting herself by a cane given to her by President Franklin D. Roosevelt. The statue was unveiled on the anniversary of her 99th birthday, July 10, 1974, before a crowd of over 18,000 people. The Inscription, running around the base, reads: