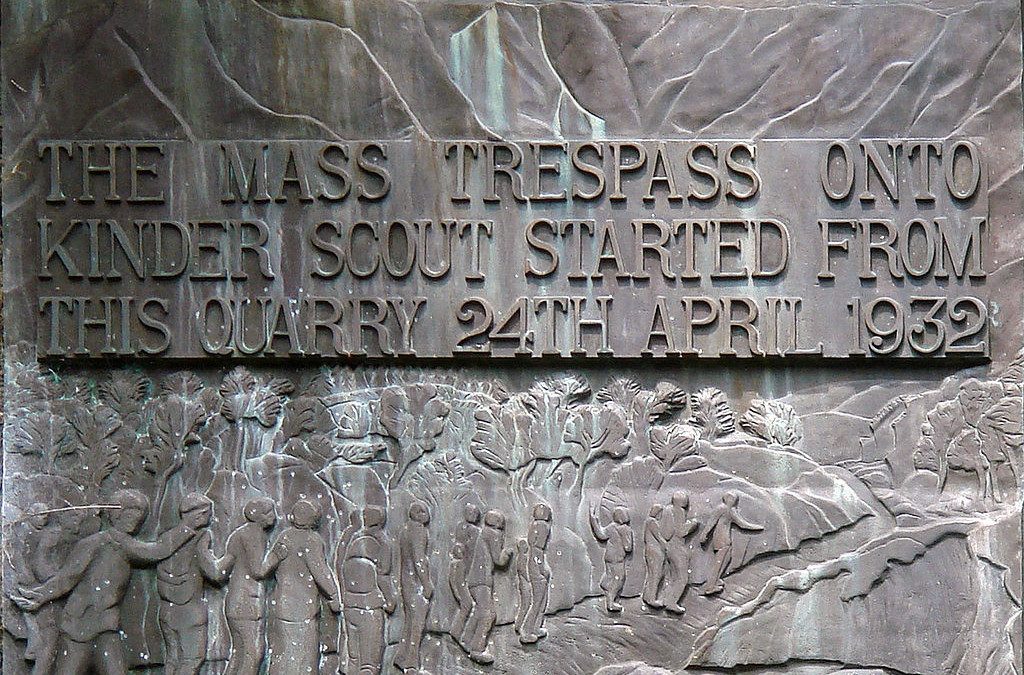 The Kinder Mass Trespass was an act of civil disobedience by young men from Manchester and Sheffield intended to secure free access to England’s mountains and moorlands. The ramblers walked from Bowden Bridge Quarry to climb the hill called Kinder Scout in the Derbyshire Peak District on April 24, 1932. The protest was to have a powerful long-term effect, leading to improved access to the countryside in the shape of national parks (from 1949), long-distance footpaths starting with the Pennine Way (opened in 1965) and various forms of the desired ‘right to roam’ (such as with the Countryside and Right of Way Act, 2000.) Rambling was integral to the politics of these radical working class men who yearned to “create a world that would harmonize with that other one that you enjoyed so much… If the bourgeoisie had had any sense at all they would never have allowed the working class into that kind of countryside. Because it bred a spirit of revolt.” (Ewan MacColl)