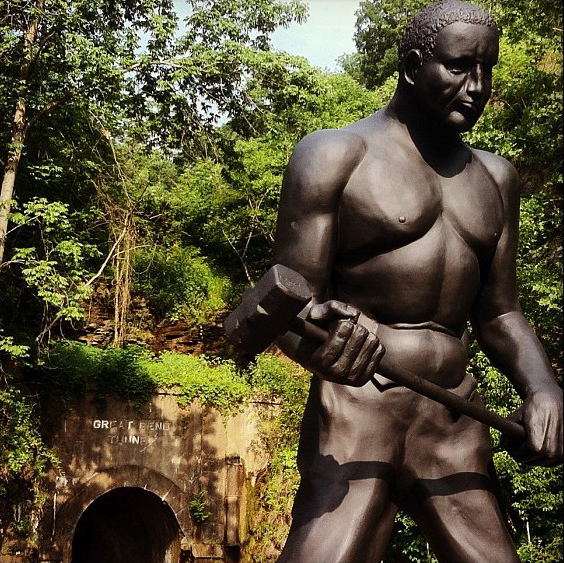 The legend of John Henry, the “steel-drivin’ man” who beat the newfangled steel drill in a contest of strength and then died from exhaustion, is probably based on a real person, claimed by West Virginia as happening at the Great Bend Tunnel of the C&O Railroad. Virginia and Alabama have competing claims. The statue was erected in 1972 by the Ruritan Club then refurbished and moved closer to the tunnel entrance in 2012.  The tunnel itself took three years to build – from 1870 until 1873 – dangerous, backbreaking labor. Many of the workers, like John Henry, were newly-freed slaves. The John Henry legend is about both power and weakness, about persistence, about man vs. machine and, ultimately, the dignity of labor – with an African-American hero.