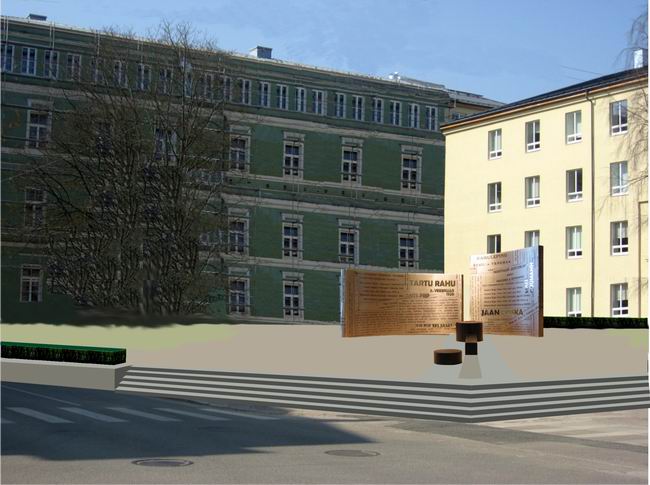 On the second of February of 1920 Jaan Poska, Ants Piip, Mait Püüman, Julius Seljamaa, and Jaan Soots sat down with their Russian counterparts Adolf Joffe and Isidor Gukovsky and signed the Treaty of Tartu, also known as the Tartu Peace Treaty, or Tartu Rahu in Estonian, in which the Russian Soviet Federative Socialist Republic (the brief predecessor to the USSR, until 1922) renounced its rights to Estonia in perpetuity. Estonia, which had been under foreign domination for two centuries, marks this as their independence day. The Soviets occupied Estonia after World War II and did not re-recognize their independence until September 6, 1991. The last units of the Russian army left on August 31, 1994. This memorial to the 1920 peace treaty was installed in 2008 at a time when tensions were high between Estonia and Russia.