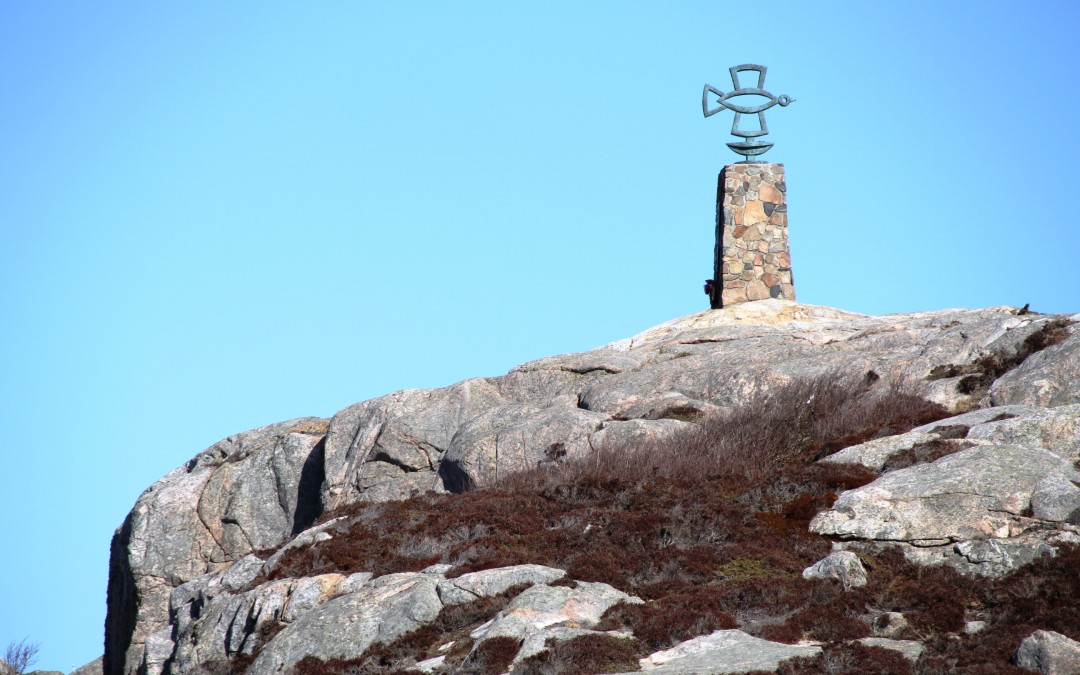 On 21 October 1942, the Palatea, a German ship carrying prisoners of war destined for slave labor camps in occupied Norway, was torpedoed off Lindesnes lighthouse. 915 Russian prisoners & 71 German crew perished. The wreck was located in 1997 by the Royal Norwegian Navy underwater search and recovery vessel Tyr. The “peace monument” was unveiled by King Harald V of Norway later that year. It consists of a common buzzard in bronze with unfolded wings, on a platform of natural rock. A 986-voice choir, one singer for every life lost on the ship, sang at the unveiling of the monument. More than 100,000 Russian, Ukrainian and Belorussian were imported by the Nazis into Norway to use as slave labor during the occupation.