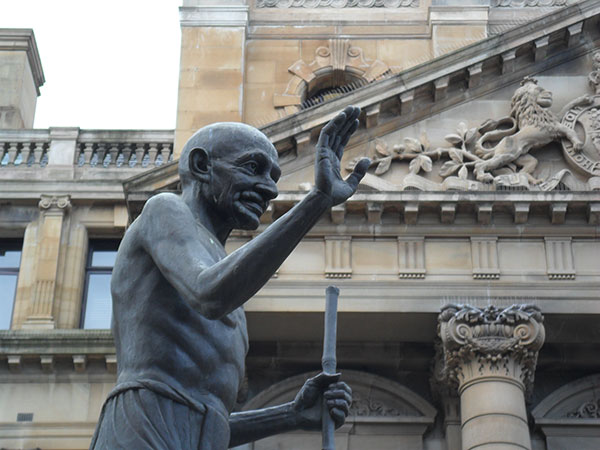 The events of the night of 7 June 1893 changed the course of Mahatma Gandhi’s life. The young Indian lawyer had come to South Africa for work. He was traveling from Durban to Johannesburg and had a first class ticket for the train. He was told to leave the European compartment to go to the third class section, where non-white passengers sat. When he refused to do so, he was thrown off the train at the Pietermaritzburg Railway Station. He later wrote: “I was afraid for my very life. I entered the dark waiting-room. There was a white man in the room. I was afraid of him. What was my duty? I asked myself. Should I go back to India, or should I go forward with God as my helper, and face whatever was in store for me? I decided to stay and suffer. My active non-violence began from that date.” Gandhi’s movement for peaceful resistance to oppression began that night. It would go on to have a significant and sustained impact around the world. To honor his activism, in June 1993 – a century later – Archbishop Desmond Tutu unveiled this bronze statue depicting Gandhi in Church Street, Pietermaritzburg.