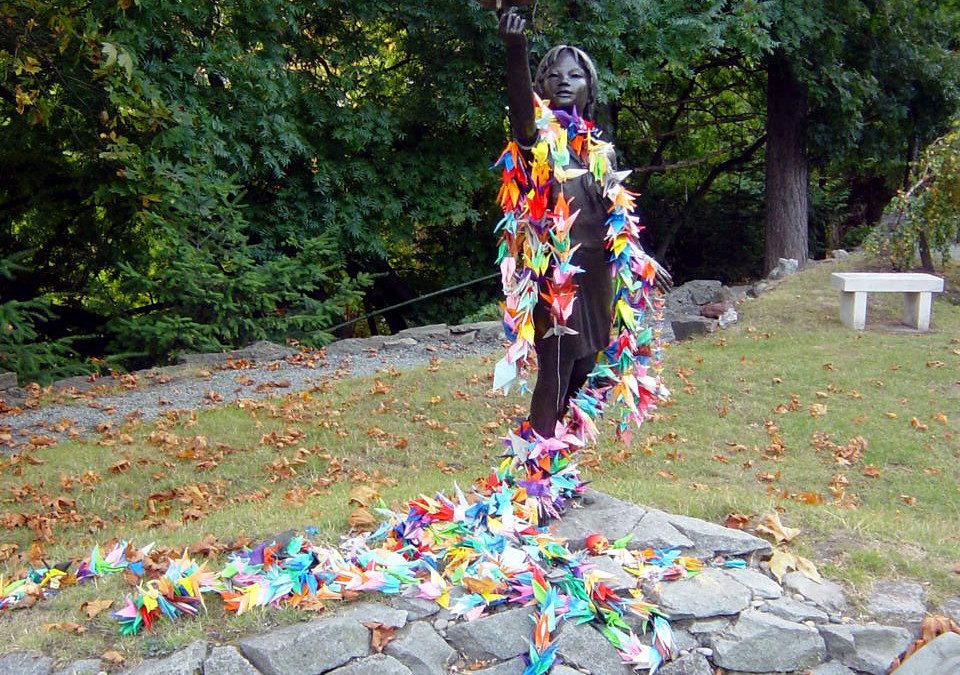 Peace Park was the dream of Dr. Floyd Schmoe, who after winning the Hiroshima Peace Prize in 1998, used the $5,000 prize money to clear a small lot near the University of Washington. From a pile of wrecked cars, garbage, and brush, he worked with community volunteers to build the Park. Peace Park is the current home of the Sadako and the Thousand Cranes sculpture, created in 1990 by artist Daryl Smith. The statue is a life-size bronze of Sadako Sasaki, the young Japanese girl who survived the Hiroshima bombing only to die of radiation sickness at age 12. Schoolchildren and others from around the city of Seattle and elsewhere frequently drape strings of peace cranes on the statue apparently following the Japanese custom of the ‘Thousand Origami Cranes’. The statue has been brutally vandalized twice, in 2003 and 2012. Both times, her arm was cut off with a hacksaw.