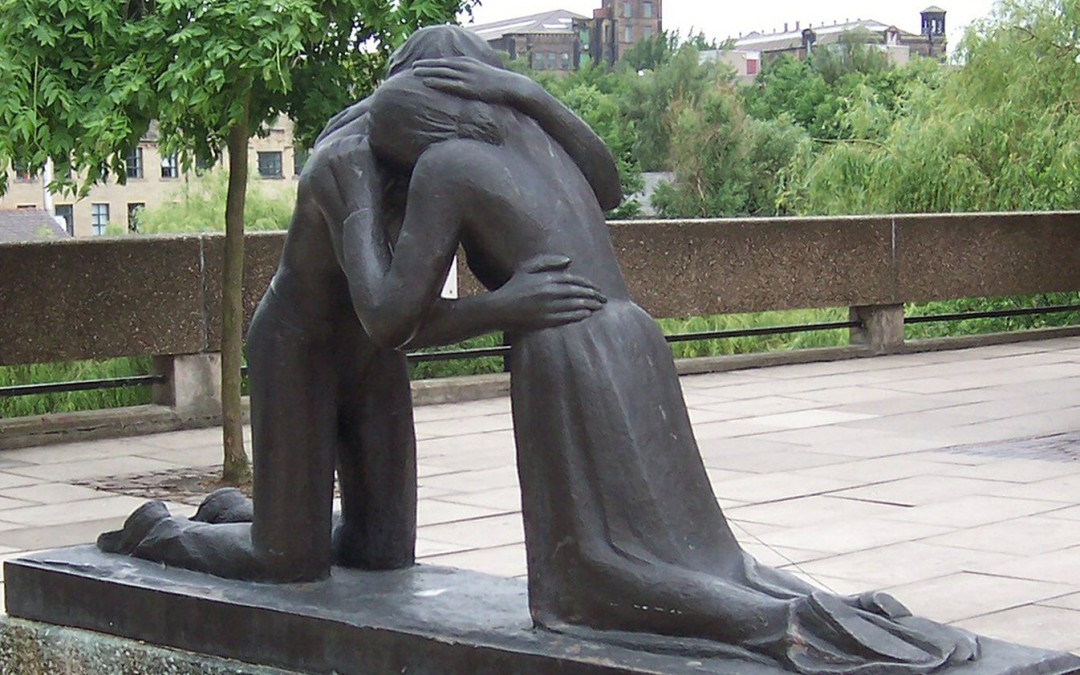 The sculpture Reconciliation is on permanent display in the square outside the J.B. Priestley Library, at Bradford University. It shows two exhausted figures, a male and a female, kneeling and embracing. The sculptor, Josefina de Vasconcellos, was inspired by the proposal to create a Chair of Peace Studies at the university. It was unveiled by Nobel Peace laureate Sean MacBride on 4 May, 1998. Bronze casts of Reconciliation are in Coventry Cathedral, Hiroshima Peace Park, the Chapel of Reconciliation at the former Berlin Wall and at Stormont in Belfast. The Department of Peace Studies at Bradford University, which just celebrated its 40th anniversary, is the oldest university department dedicated to the study of peace and conflict in the world.