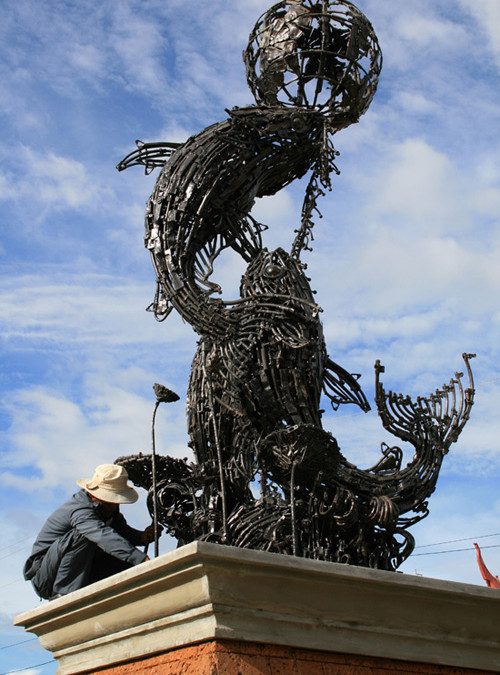 In 2003, working out of a workshop in Cambodia’s capital, Phnom Penh, Mark Solomon, an American blacksmith and anti-gun campaigner, taught basic metalwork and safety skills to artists from Cambodia’s Royal University of Fine Arts. As part of The Peace Art Project Cambodia, artists turned weapons discarded by the Khmer Rouge into artistic expressions of peace. In 2007, Cambodian artists created two peace monuments out of decommissioned weapons. The monument above, “World of Peace,” is made from weapons surrendered by residents of Kampong Thom Province and destroyed in a public “Flame of Peace” ceremony. It now stands in Children’s Park in Kampong Thom Provincial Town: a permanent reminder of the community’s commitment to maintaining a peaceful, weapon-free environment. The second monument created as part of the same project, “Naga for Peace and Development,” (below) is formed out of weapons surrendered by residents of the Battambang Province. A further symbol of hope for a safe society, the monument is installed in a park in Battambang Provincial City. 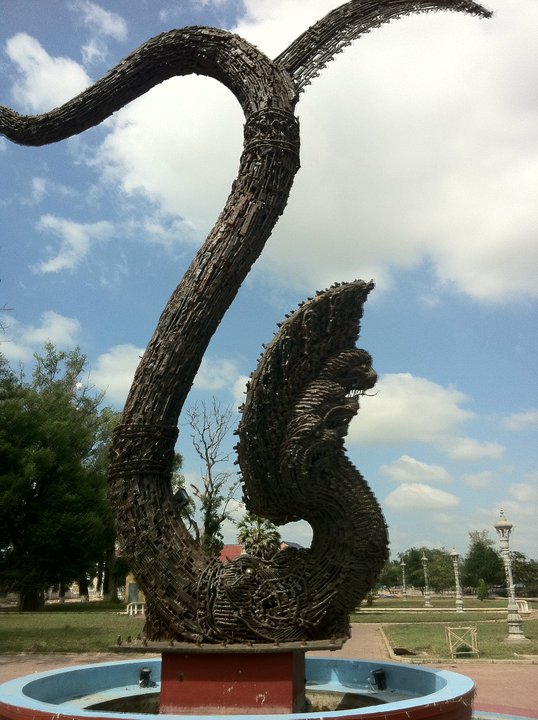