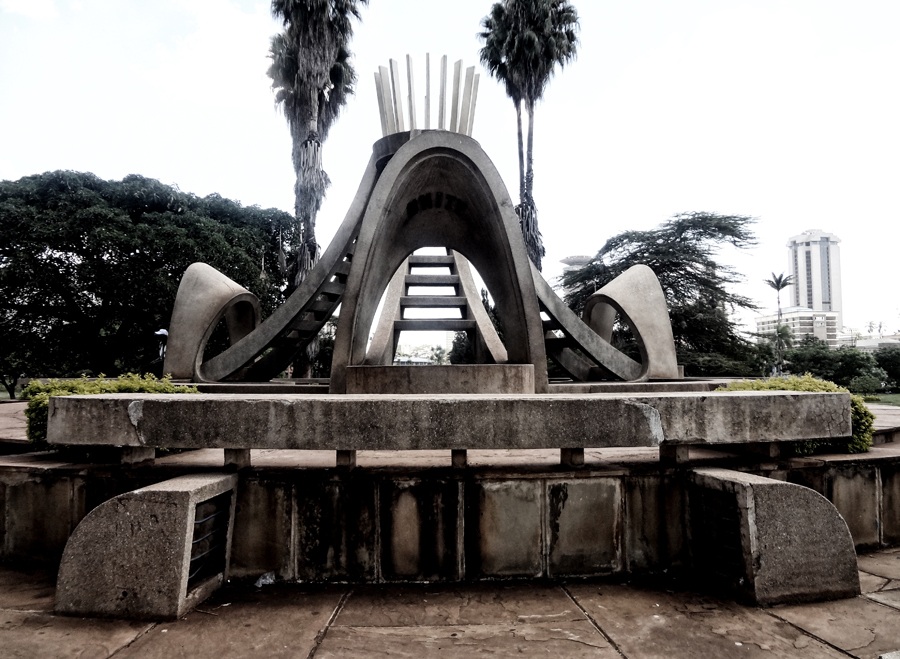 Or, as they say in Kiswahili, Amani, Upendo And Umoja. This fountain is in the 76-acre Uhuhru (Freedom) Park in central Nairobi, which was established by Jomo Kenyatta, the first president of Kenya. It was here that a crowd of more than 40,000 gathered to watch the proceedings as the Union Jack was lowered and Kenya was declared independent from Britain in 1963. The fountain was installed by Kenyatta’s successor, Daniel arap Moi (1978-2002.) As president, Moi developed the Nyayo philosophy, a Kiswahili word meaning “footsteps,” stressing the Kenyatta legacy and adding new national values of love, peace and unity. The words are part of the national pledge: “I pledge my loyalty to the president and the nation of Kenya. My readiness and duty to defend the flag of our republic. My devotion to the words of our national anthem. My life and strength in the task of our nation’s building. In the living spirit embodied in our national motto – Harambee! [Pull Together] And perpetuated in the Nyayo philosophy of peace love and unity.” In practice, the Moi regime became a repressive one, and peace, love and unity often meant acquiescing to Moi and his ruling party.