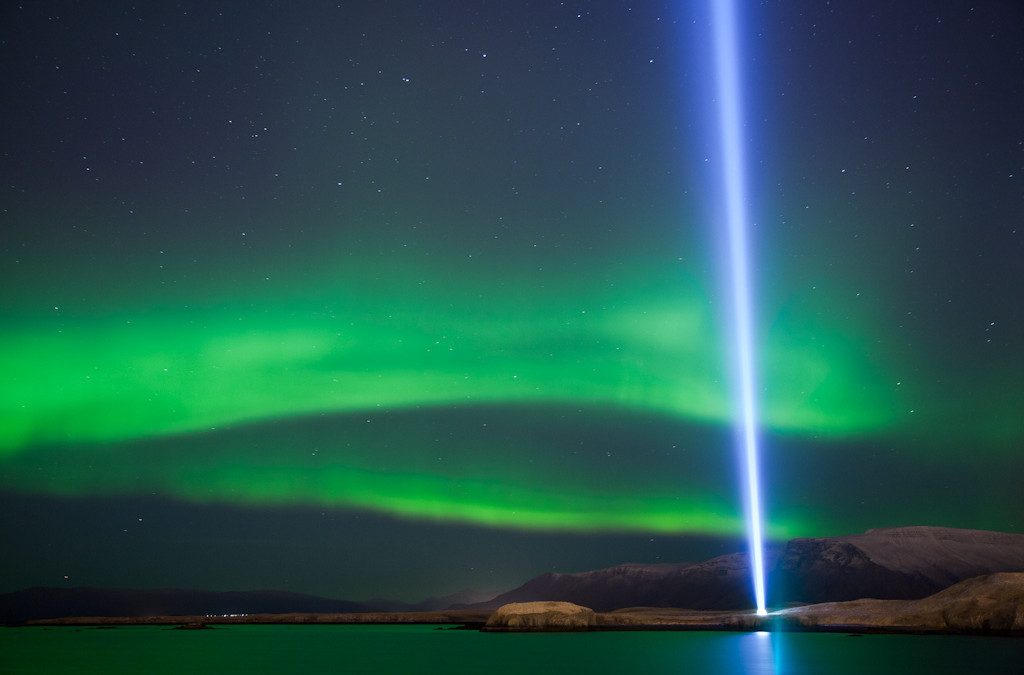 The Imagine Peace Tower is a memorial to John Lennon from his widow, Yoko Ono, located on Viðey Island in Kollafjörður Bay near Reykjavík, Iceland. It consists of a tall tower of light, projected from a white stone monument that has the words “Imagine Peace” carved into it in 24 languages, a reference to Lennon’s peace anthem “Imagine”. The Tower consists of 15 searchlights with prisms that act as mirrors, reflecting the column of light vertically into the sky from a 10-metre wide wishing well. It it lit from October 9, John Lennon’s birthday, until December 8, the anniversary of his death, and during some additional dates such as the solstice and New Year’s Eve. It was dedicated in 2007.