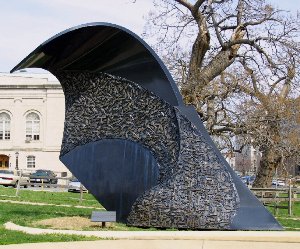 This monument was fashioned in 1995 by Mennonites Esther K Augsburger and her son, Michael, from 3,000 guns collected by the District of Columbia Police in a buyback program funded by heavyweight boxing champ Riddick Bowe. The inspiration was Isaiah 2:4: “They shall beat their swords into plowshares, and their spears into pruning hooks: nation shall not lift up sword against nation, neither shall they learn war any more.”

The Augsburgers (Esther’s husband had been the President of Eastern Mennonite University) raised the $100,000 to construct and install the statue, which for 11 years was in the heart of downtown at the District police headquarters at Fourth and D streets NW. In 2008 the court complex at Judiciary Square was renovated, and the statue was replaced by a fountain. “Guns into Plowshares” ended up in a storage yard next to a sewage treatment plant. It was reinstalled, in 2011, in front of a remote police evidence facility in the southwest of the District, where tourist dare not tread. The Augsburger’s have offered to raise money to move the statue to a more accessible location, but the Police have refused.

Update: Guns into Plowshares was moved to the campus of Eastern Mennonite University in Harrisonburg, Virginia in October, 2017, where it is expected to remain for two to three years, whence it will be returned to its original site on Judiciary Square in Washington, D.C. 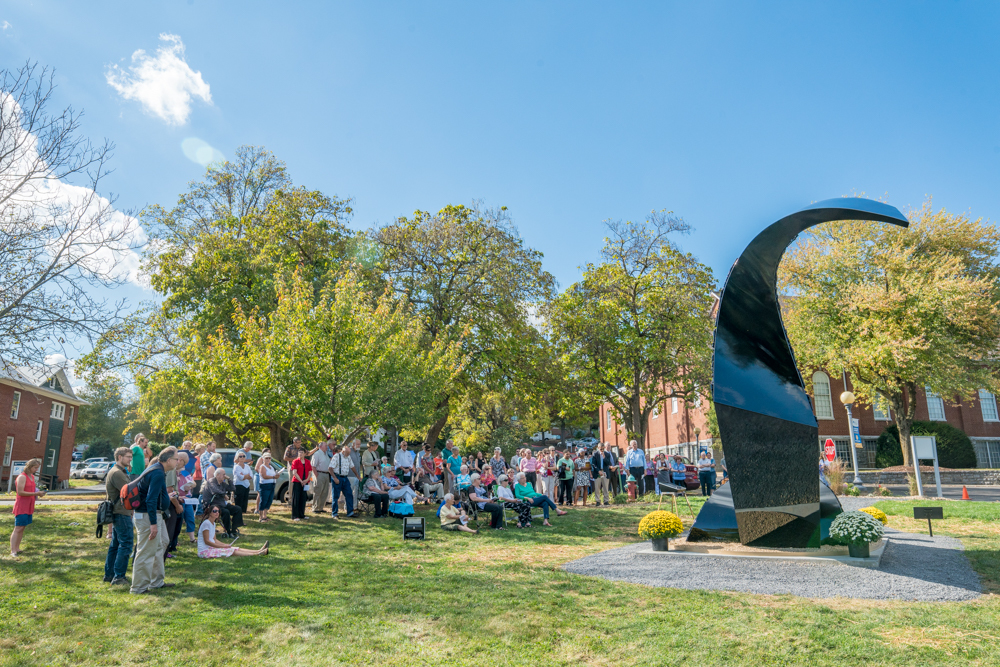