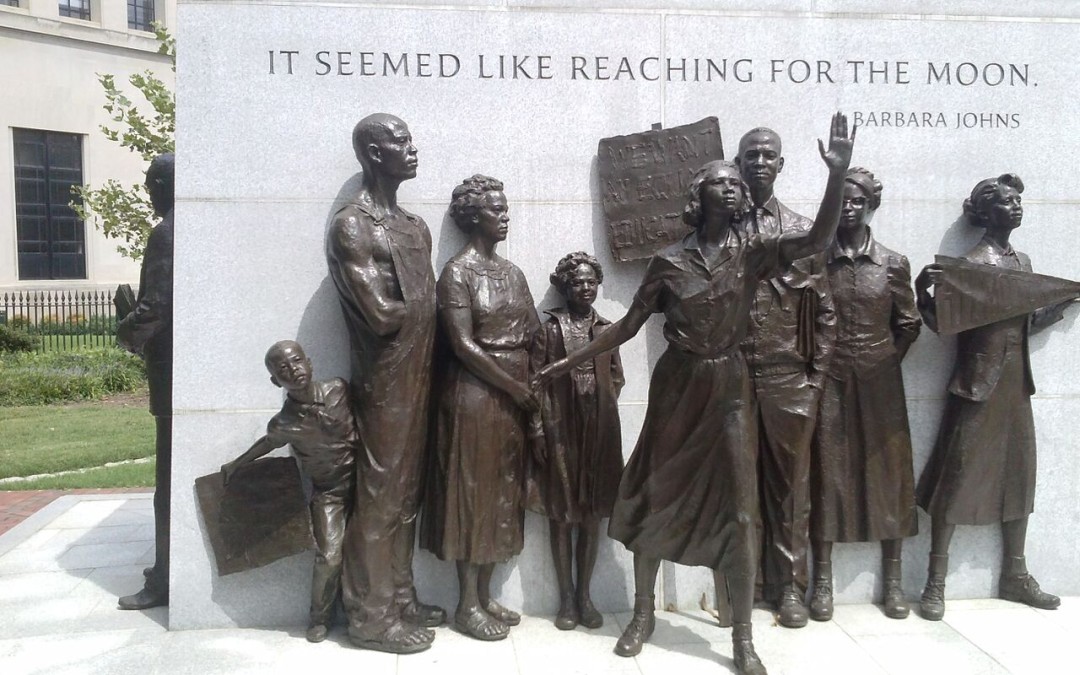 This monument, located on the statehouse grounds, commemorates protests which helped bring about school desegregation in Virginia. Opened in July 2008, it features eighteen statues of leaders or participants in the Civil Rights Movement on four sides of a rectangular granite stone block onto which are carved quotes. The specific incident memorialized is a student-led strike in 1961 that protested the poor conditions in the segregated schools. This led to a lawsuit, Davis v. County School Board of Prince Edward County, which was eventually one of the four cases combined into Brown v. Board of Education, the famous case in which the U.S. Supreme Court, in 1954, officially overturned racial segregation in U.S. public schools. The memorial is located on a corner opposite a statue of Harry F. Byrd, Sr., the architect of the massive resistance movement against civil rights.