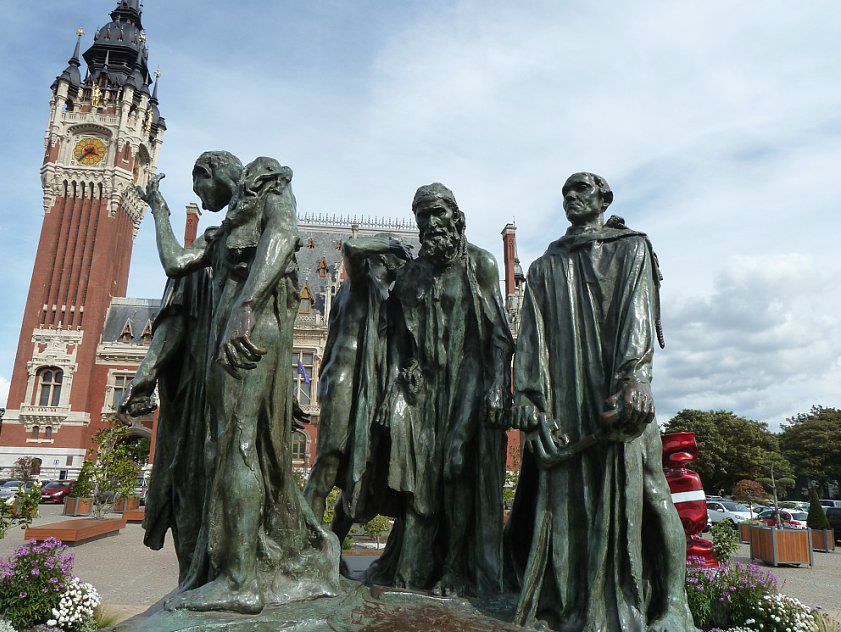 In 1347, after the Battle of Crécy, the English King Edward III laid siege to the French port city of Calais. In exchange for lifting the siege, he demanded that six prominent citizens – burghers – surrender themselves at the gate, with nooses around their necks, carrying the keys to the gate and the castle. The first to volunteer was Eustache de Saint Pierre. In 1884 the city of Calais commissioned sculptor Auguste Rodin to cast a bronze statue of Saint Pierre. They envisioned him standing heroically upon a pedestal. Instead were presented with this masterpiece: all six burghers stand, frightened, contemplative, and nevertheless heroic. (If you’re wondering, their lives were spared by the English queen, who was told by a fortuneteller that their deaths would be a bad omen for her unborn child.) An additional eleven casts were made. There are two in the U.S.: at the Rodin Museum in Philadelphia and at the Hirshhorn Sculpture Gallery in Washington, D.C.