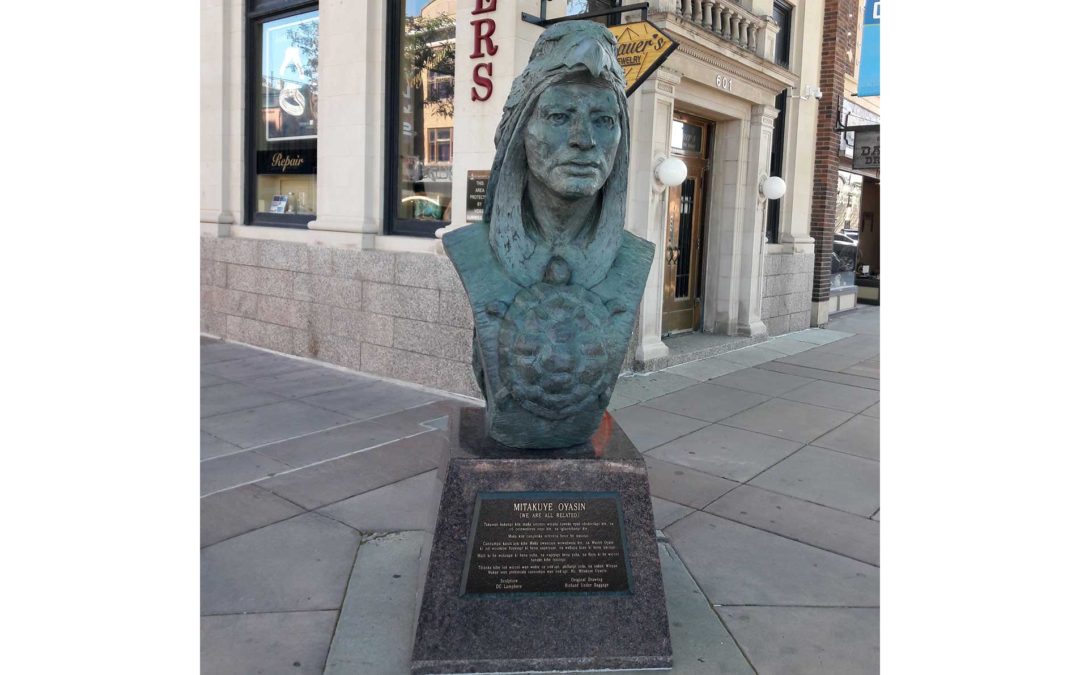 Rapid City South Dakota (pop. about 70,000) is a city filled with statues. In 2000 it declared itself the “city of presidents” and installed a life-size statue of one on each street corner. Before the presidents started appearing, though, there was Mitakuye Oyasin — We Are All Related — which was designed in 1995. As described on the attached plaque in both English and Lakota Sioux, “This sculpture represents hope for reconciliation, dignity, and respect for all the human race. The earth itself is in the shape of a hoop or circle of life. The crossed pipes represent world peace. The eagle symbolizes all flying creatures, and communication with Tunka Sila. Wisdom and the healing arts are represented by the grizzly bear, and a long and productive life is symbolized by the turtle. The bison reminds us of our ancestors’ healthy lifestyles, free from famine, and also of White Buffalo Calf Woman who brought us the pipe.” Cast in bronze, the sculpture is by DC Lamphere based on an original drawing by Richard Under Bridge.