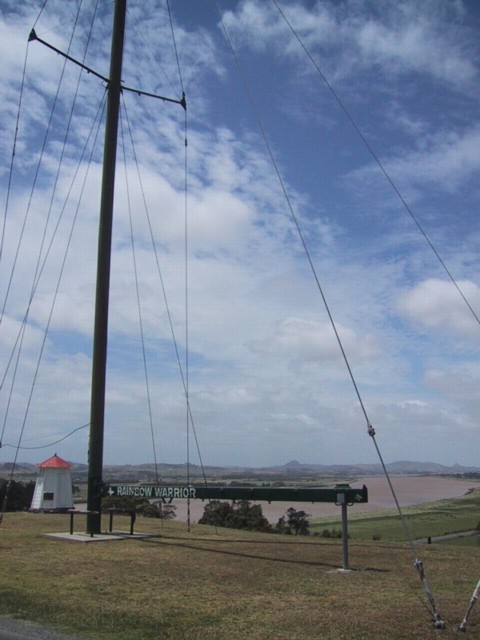 The Rainbow Warrior’s masts were first “stepped” (ceremoniously raised) at Dargaville Museum in 1986, commemorating the bombing of Greenpeace’s anti-nuclear protest flagship in Auckland Harbor on July 10, 1985. The ship was preparing to depart from Auckland to protest French nuclear testing at Mururoa atoll in French Polynesia. A Greenpeace photographer was killed in the blast and the French government eventually admitted responsibility for the bombing.