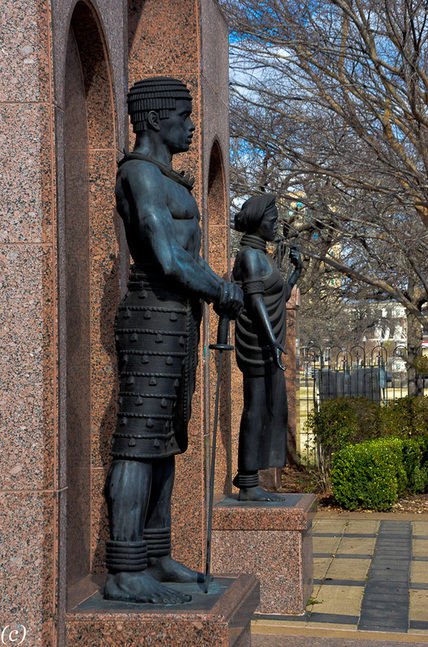 The story of this memorial starts in the 1930s when the Central Expressway, now part of IH-75, displaced part of a pre-Civil War African-American cemetery. Rather than respectfully move the remains (as is required by law), the city paved over them, turning the headstones into rubble used as roadfill. More graves were desecrated in a 1940s expansion, and the remaining acreage was leveled and incorporated into a city park. Community activists lobbied to turn the area into a memorial park in 1965, but their proposal was rejected and the area turned, incongruously, into a playground. In the late 1980s TXDoT once again planned on a highway expansion. This time, their own archaeologists stalled them;  the remains were carefully moved and a hoped for Freedman’s  Memorial Park was built by TXDoT. The Memorial Arch, made of red granite, is adorned with hauntingly beautiful statues by David Newton, commissioned and paid for by community activists. At the entrance are two free-standing statues, representing an African warrior and priestess. On the opposite side of the arch are two bas reliefs– attached to their niches –  representing slavery. Seen through the arch is a couple, newly freed, whip marks showing on the man’s back.  It was dedicated in 1999. 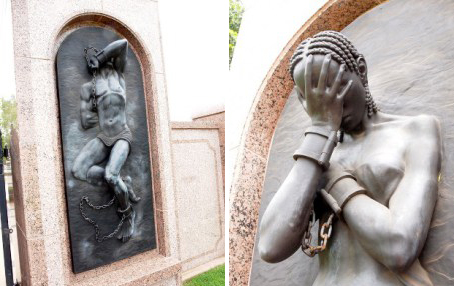