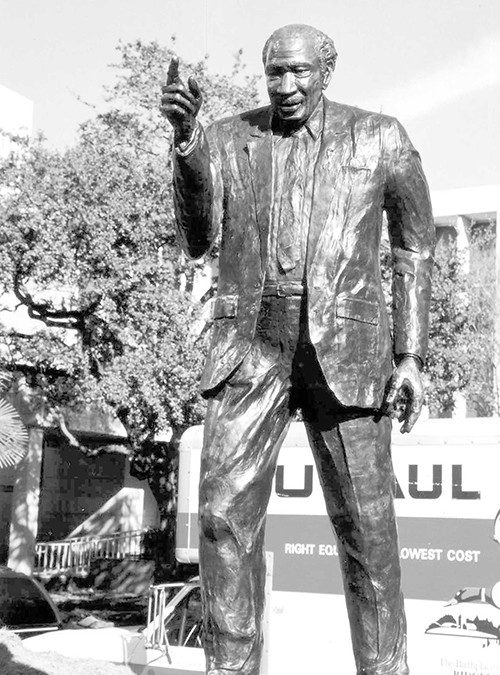 The statue of Southern Christian Leadership Conference board member, state legislator and local civil rights hero the Rev. Avery C. Alexander was removed in the wake of Hurricane Katrina (2005) so that it would not be damaged by the demolition of the State Building in 2007. The statue depicted Alexander pointing toward the City Hall that he helped desegregate. In a well-publicized incident in the basement cafeteria at City Hall in 1963, Alexander was arrested and dragged upstairs by the heels. In a similar incident in 1993, police used a chokehold to subdue Alexander, then in his 70s, when he participated in a protest against KKK Grand Wizard David Duke at a Liberty Monument ceremony in New Orleans. After persistent lobbying by activists, the Alexander statue was relocated to a prominent location in the plaza leading to a new medical center. 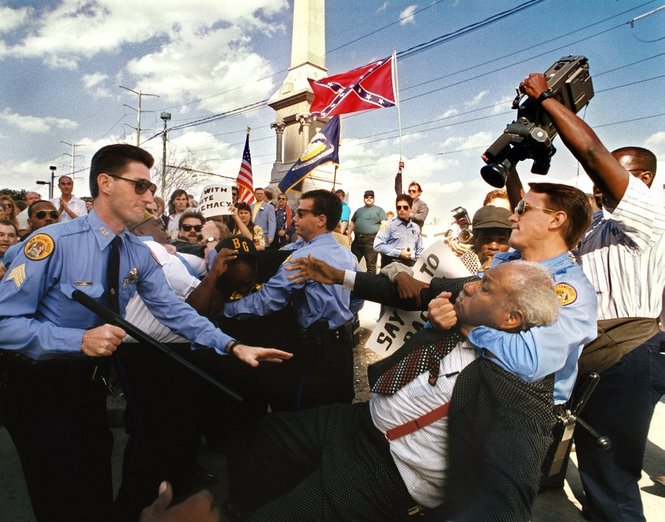