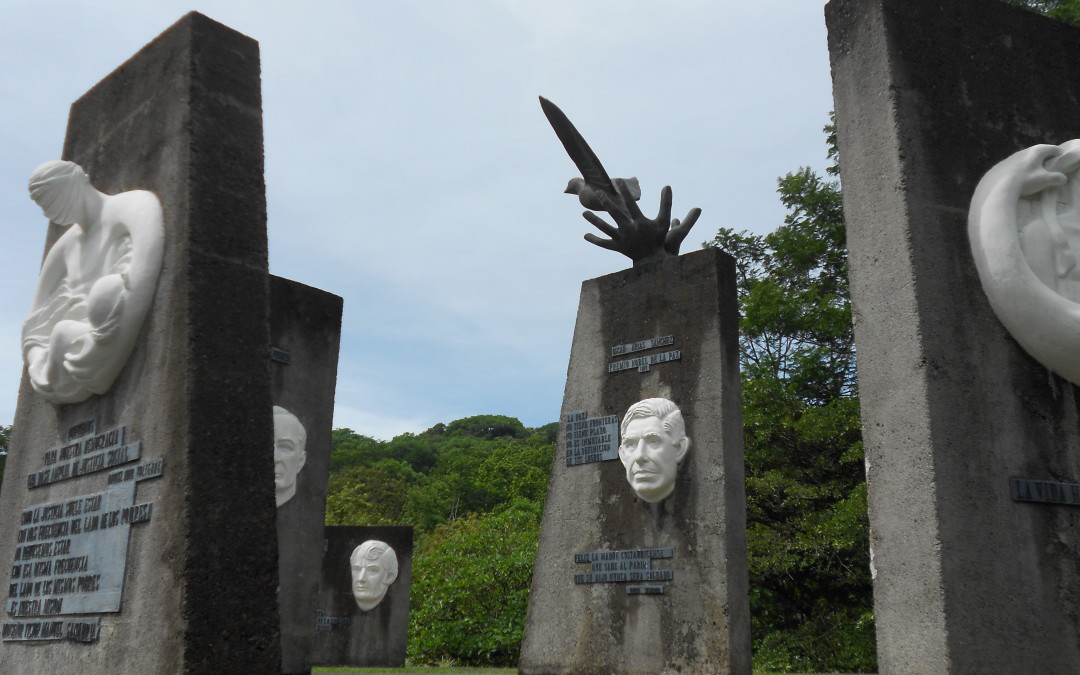 On the campus of the University for Peace (the only university chartered by the United Nations) this monument, sculpted by Cuban artist Thelvia Marín in 1987, includes nine 12-foot columns hosting a sculpture on each side. The columns are lined up in a spiral, symbolizing the infinite quest for peace. Images on the outside of each column depict a historic moment of Costa Rica’s growth and strides toward peace, while the inward facing image shows the leader influential in the effort. For example, one column shows a figure using a hammer to destroy the wall of a building, duplicating a famous picture of former president Jose Figueres symbolically breaking the wall of the army headquarters when he abolished the army in 1948. Another hosts an image of two figures reading a newspaper. On the inner side is the sculpted face of former president Juan Mora Fernández who fought for freedom of the press. This right was granted to Costa Rican citizens in Article 29 of the Constitution, which is quoted beneath the art.