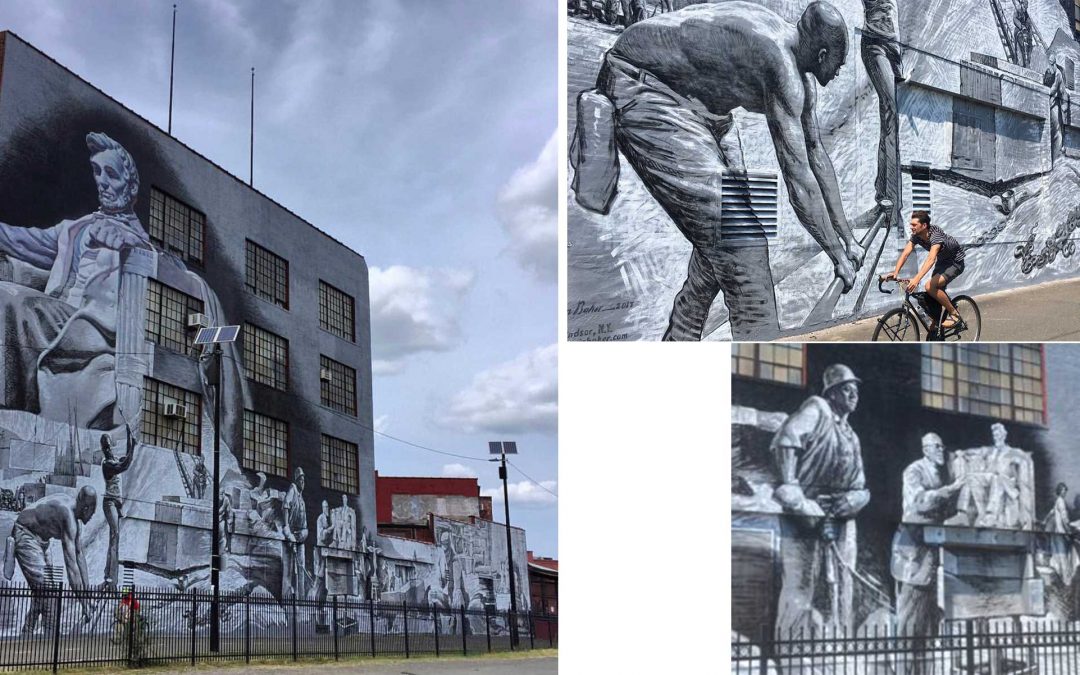 “28 Blocks” by New York artist Garin Baker is on the Metropolitan Branch Trail: a pedestrian and cyclist commuter trail in Northeast Washington. It is visible from the New York Ave. Bridge. The mural is a tribute to the men — many of whom were the first and second generation of black men born free — who built the 120-ton marble statue. Also pictured are Italian immigrant stone carvers who also helped build the statue, which was designed by sculptor Daniel Chester French to sit in the memorial. The name comes from the 28 blocks of marble used to erect the statue between 1914 and 1922. The marble was carved from mountains in northwestern Georgia by the sons of African slaves. Beneath the mural is a quote from Frederick Douglass: “Without culture there can be no growth. . . . Without action, no progress. And without conflict, no victory.”