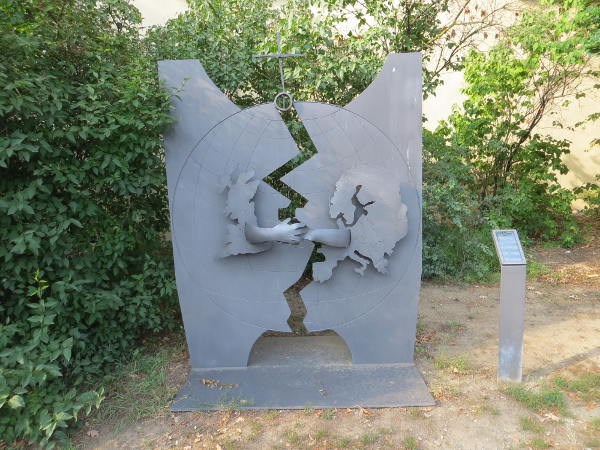 In the waning days of World War II, Würzburg, a city of no military but great historical importance, was reduced to a smoldering ruin in a British fire-bomb attack. Five years before, the Germans rained down the same fate on the English city of Coventry, destroying its cathedral. In Würzburg, the Lutheran Church of St. Stephan was destroyed. The church, rebuilt in 1950-52, now has two outdoor monuments to reconciliation.

“Reconciliation is International“, on the church’s south side, was created by inmates of a prison and installed in 2001. It’s plaque reads, in German and English: The crack symbolizes the inner conflict of society. Emanating from Coventry / England the Nail Cross movement brings not retribution and hatred, but reconciliation and peace between former enemies and estranged countries of the world. On 14 November 1940 Coventry was the first city in England to be almost completely destroyed by bombs. On 16 March 1945 Würzburg, Germany met the same fate. Assembled from former medieval beam nails of the ruined cathedral – The Coventry Cross of Nails is a sign of reconciliation, peace, and love of our enemies. It holds together the two separate parts of the earth and gives hope for a cure of mutual injuries.

The “Monument of Reconciliation” of the Ecumenical Nail Crossing Center is located on Wilhelm-Schwinn-Platz in front of the Church of St. Stephen: It consists of 17 mosaic panels with the word “reconciliation” in different languages and a stylized flower by artist Thomas Reuter made from stones originally carved for the Third Reich. It also was dedicated in 2001. 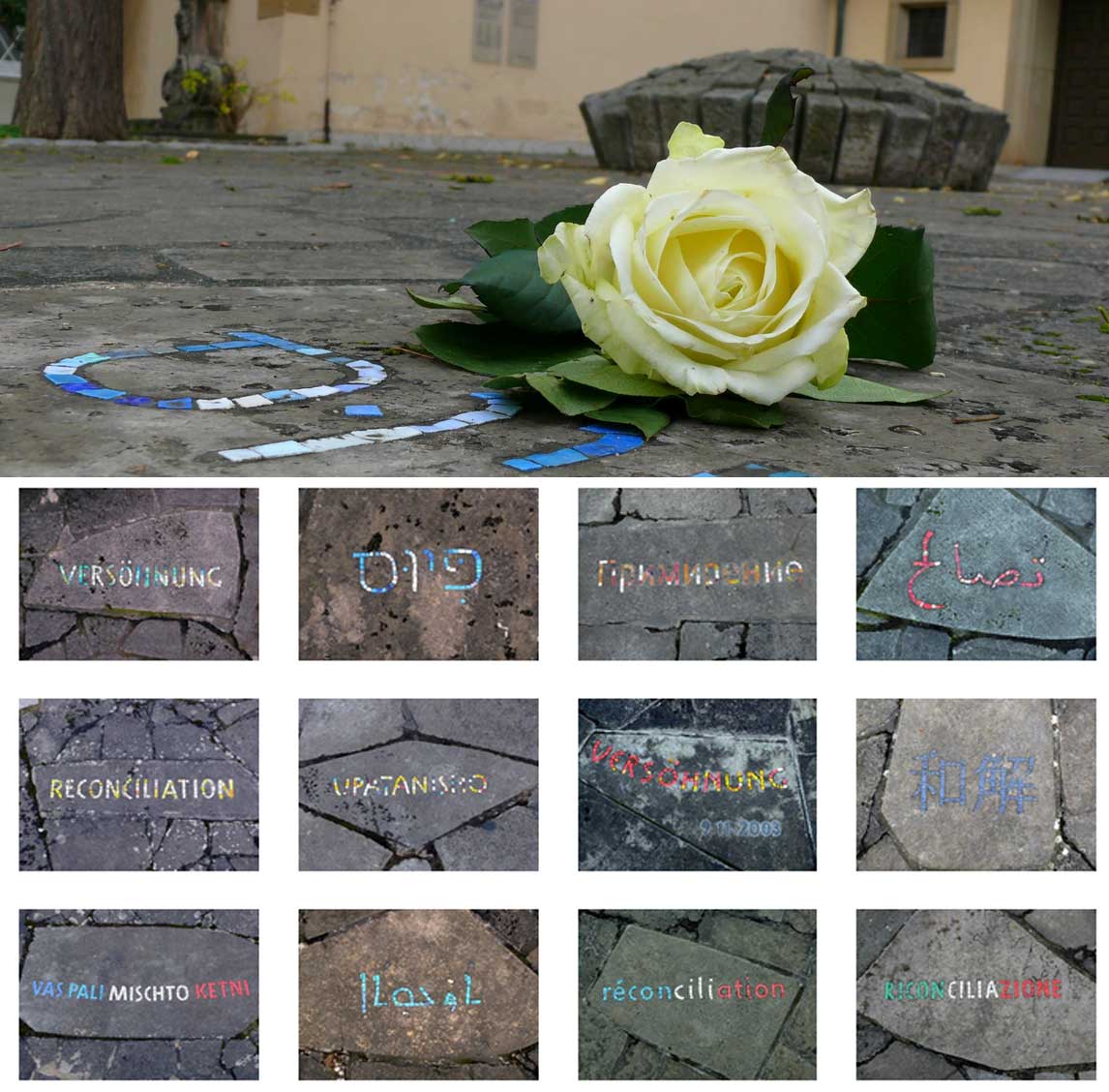