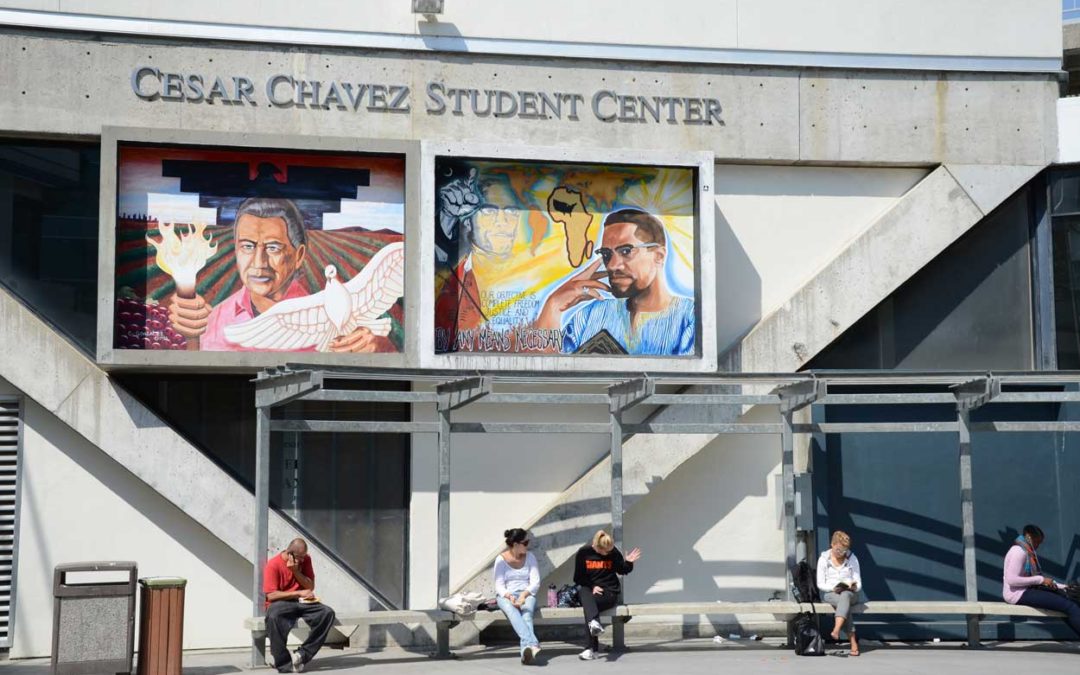 This Cesar Chavez mural was dedicated on Cinco de Mayo (May 5) 1995 when SFSU renamed the student union as the Cesar Chavez Student Center. To learn about the symbolism, including the dove which represents nonviolence, hover over the larger image of the mural below. Arrows will appear: tap on one and the muralist, Carlos “Kookie” Gonzalez, a graduate of the school with a degree in ethnic studies and a recently-retired probation officer, will describe the symbolism of each part. The outdoor plaza is named after Malcolm X and is a free speech zone. The original Malcolm X mural was sandblasted off only two weeks after its May, 1994 installation, accused of being anti-Semitic (Malcolm’s portrait was surrounded by dollar signs, skulls and Stars of David.) The new mural was installed May, 1996. The quotation is: “Our objective is freedom, justice and equality by any means necessary.” 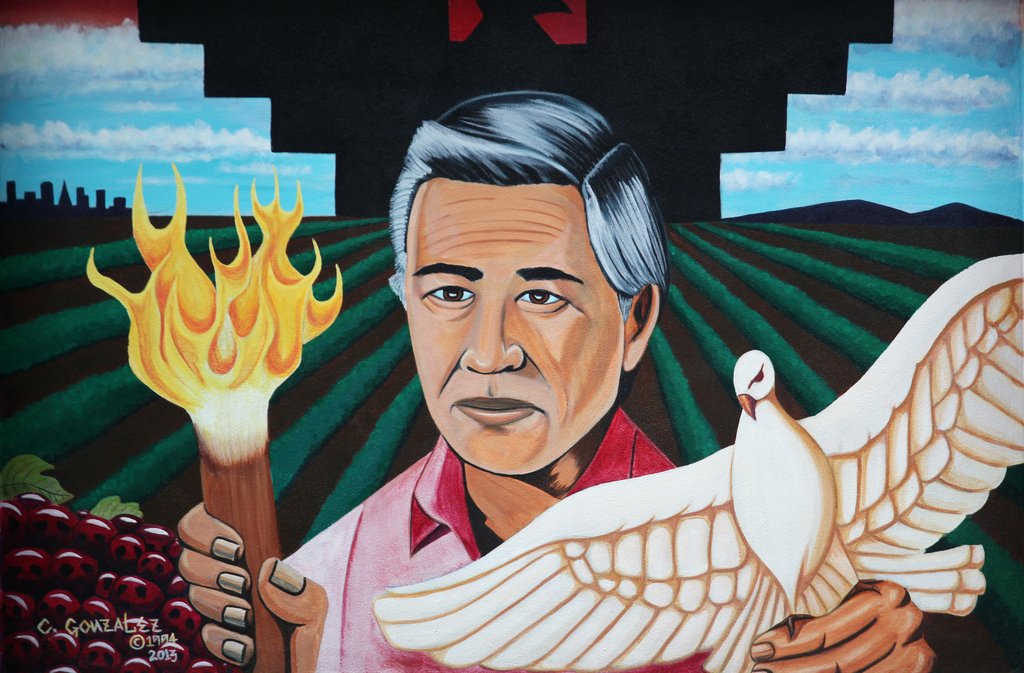