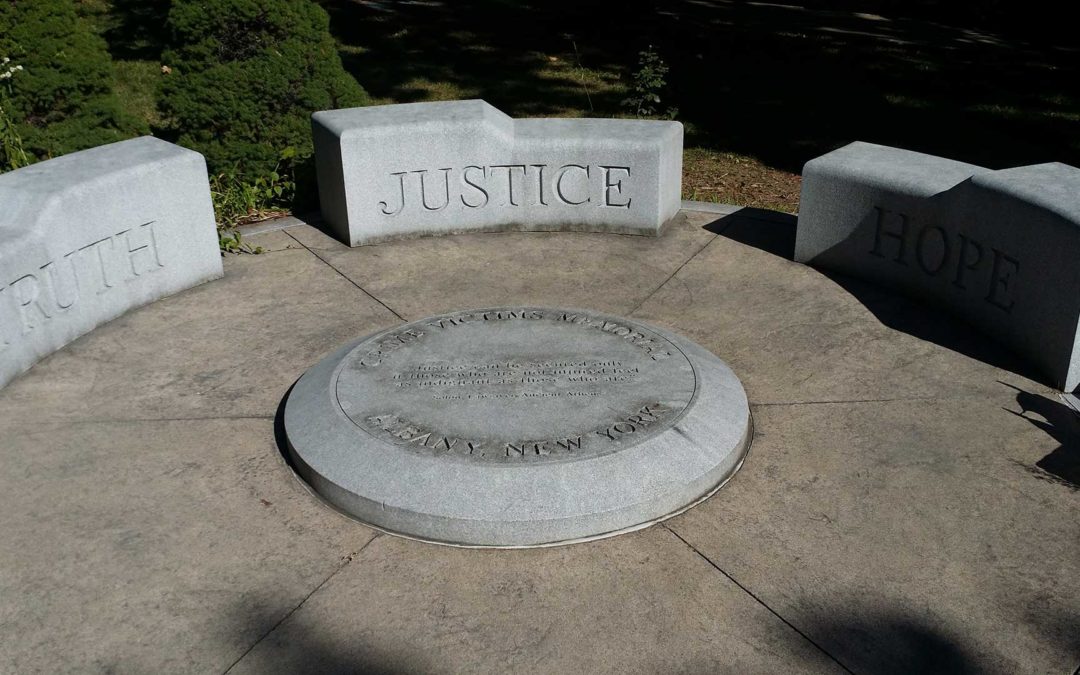 The Albany County Crime Victims Memorial, installed in 1996,  is located in downtown Academy Park. The three standing stones are engraved with the words Truth, Hope and Justice. The center medallion reads: “Justice can be secured only if those who are not injured feel as indignant as those who are,” attributed to Solon, Lawgiver, Ancient Atticus. A ceremony is held there every April during National Crime Victims Week.