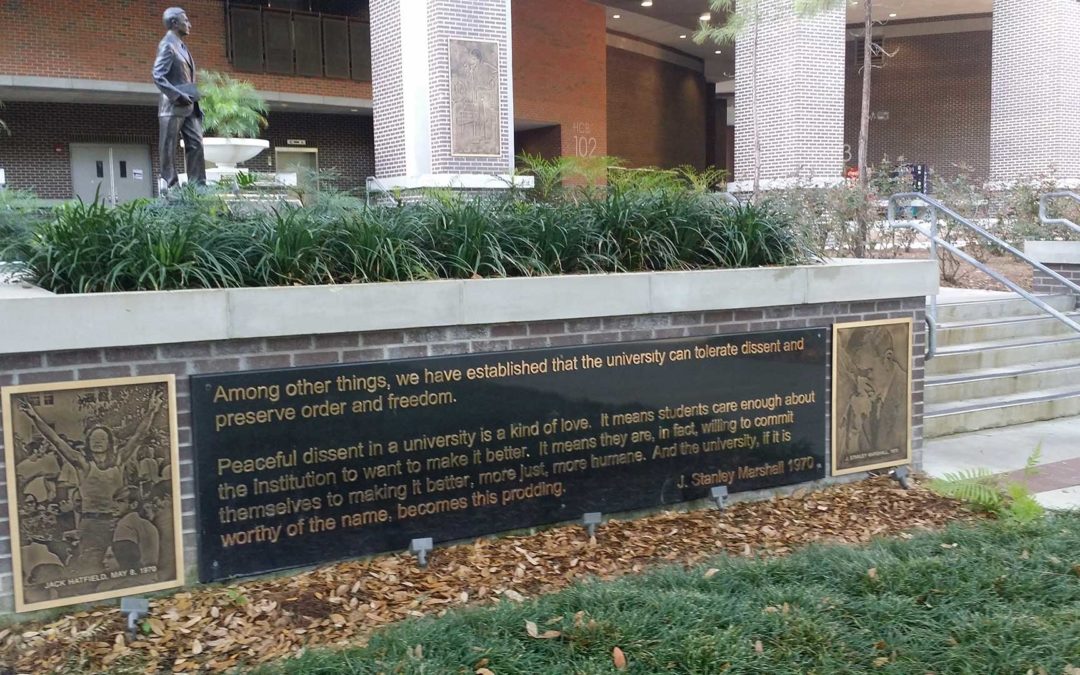 In the late 1960s and early 70s, Florida State University had a reputation as the “Berkeley of the South.”  Then-FSU President J. Stanley Marshall had what, in retrospect, was a straightforward policy for mass rallies and protests on campus. Organize any kind of meetings you want, Marshall believed, but you may not disrupt learning on the campus or violate the right of students, faculty and other people to use public facilities. For the most part, it worked, although he did expel “Radical Jack” Lieberman, now enshrined here on his own brass plaque. The statue of Marshall was dedicated in 2009 and the plaza, with brass bas reliefs commemorating the protests, was completed in 2014.

The text on the low wall reads:

Among other things, we have established that the university can tolerate dissent and preserve order and freedom. Peaceful dissent at a university is a kind of love. It means students care enough about the institution to make it better. It means they are, in fact, willing to commit themselves to making it better, more just, more humane. And the university, if it is worthy of its name, becomes this prodding. 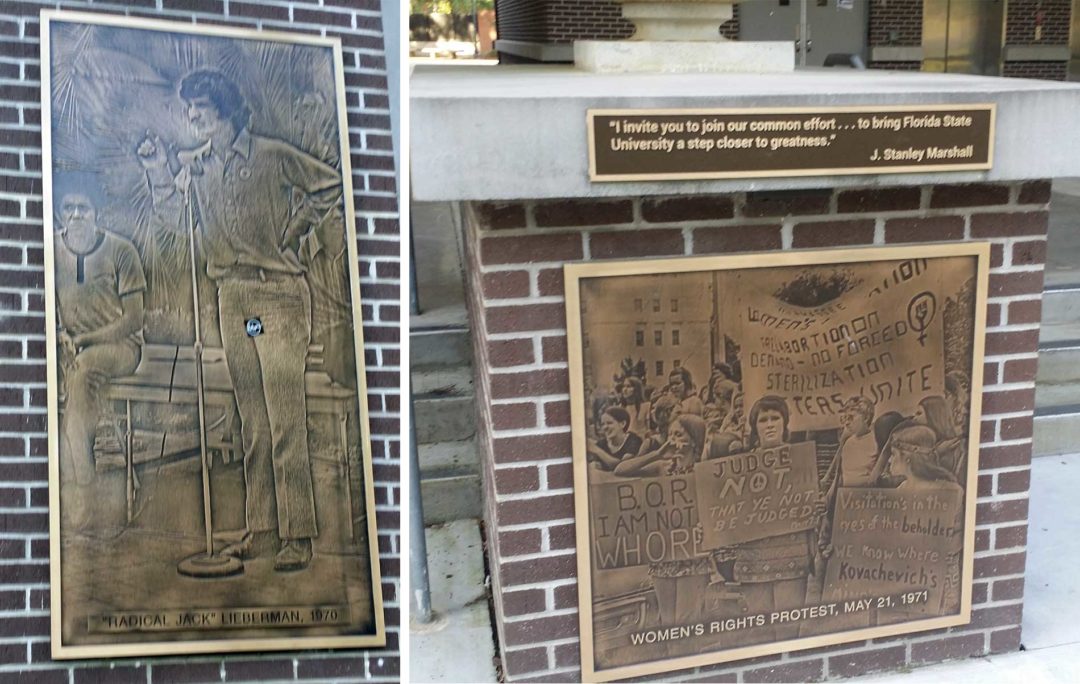