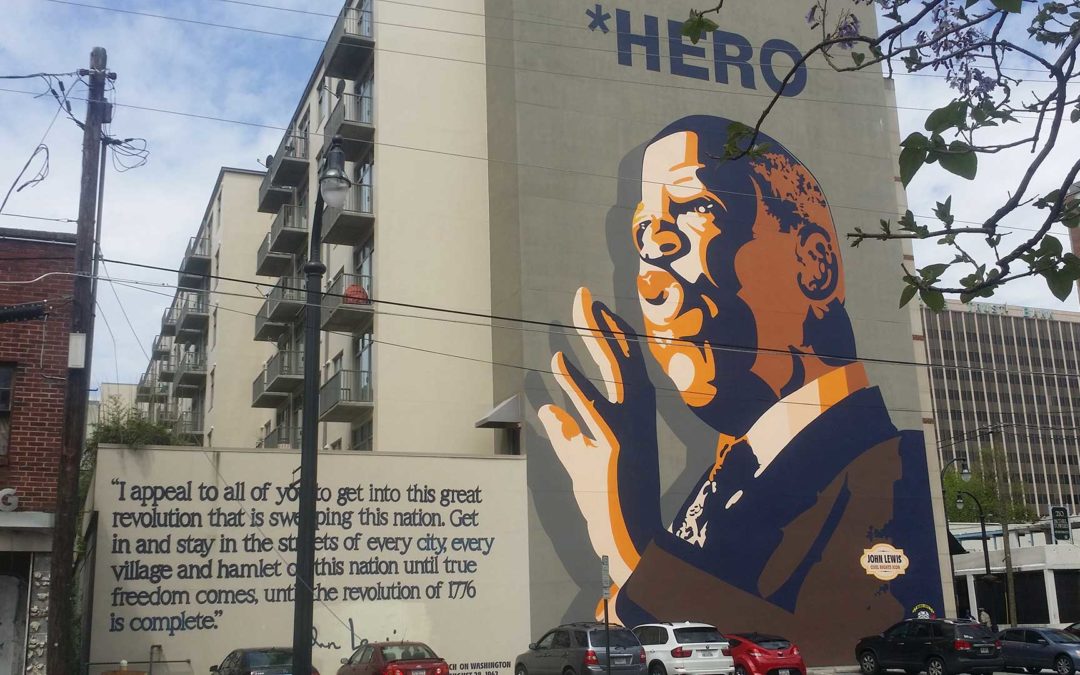 John Lewis moved to Atlanta as a founding leader of SNCC— the Student Nonviolent Coordinating Committee—with an impressive resume as an activist. As a Fisk University student he’d been arrested for leading sit-ins and protests. In 1961 he helped spearhead the Freedom Rides and was brutally attacked during one. He was the sixth speaker at the 1963 March on Washington. Two years later, while leading 600 people in a peaceful demonstration across a bridge in Selma, Alabama, his skull was fractured in what would become known as “Bloody Sunday.” Elected to the House of Representatives (D-GA 5th District) in 1987, he died on July 17, 2020.

This mural, dedicated in 2012, is at at the corner of Auburn Avenue and Jesse Hill Jr. Drive, near the King Center. The text is taken from his 1963 “March on Washington” speech: “I appeal to all of you to get into this great revolution that is sweeping this nation. Get in and stay in the streets of every city, every village and every hamlet of this nation until true freedom comes, until the revolution of 1776 is complete.” The muralist was Sean Schwab.