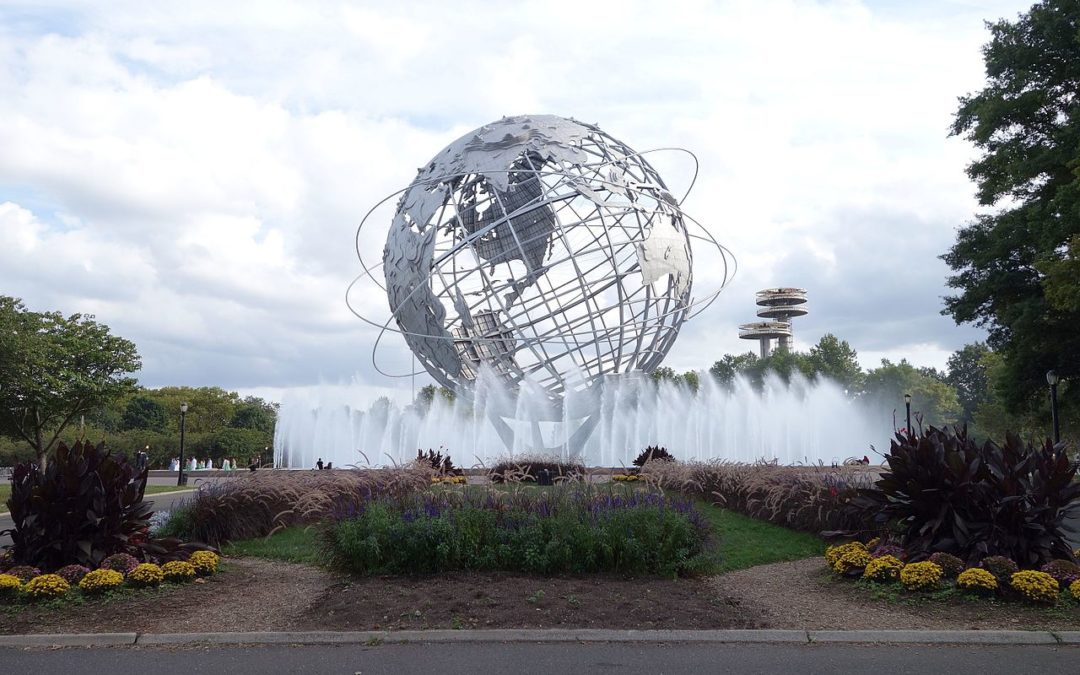 Commissioned as part of the 1964 New York World’s Fair, the Unisphere is a spherical stainless steel representation of the Earth, located in Flushing Meadows–Corona Park in the borough of Queens, New York City. It measures 140 feet high and 120 feet in diameter. Unisphere was conceived and constructed as the symbol of the 1964–1965 New York World’s Fair. The theme of the World’s Fair was “Peace Through Understanding” and the Unisphere represented the theme of global interdependence. It was dedicated to “Man’s Achievements on a Shrinking Globe in an Expanding Universe.” The orbits represent the orbits of Cosmonaut Yuri Gagarin (the first Russian), Astronaut John Glenn (the first American), and Telstar (the first active communications satellite.) In 1989 New York City announced it would be renovating the rundown park, and the Unisphere itself was refurbished between 1993-94. The fountains were restored in 2010.