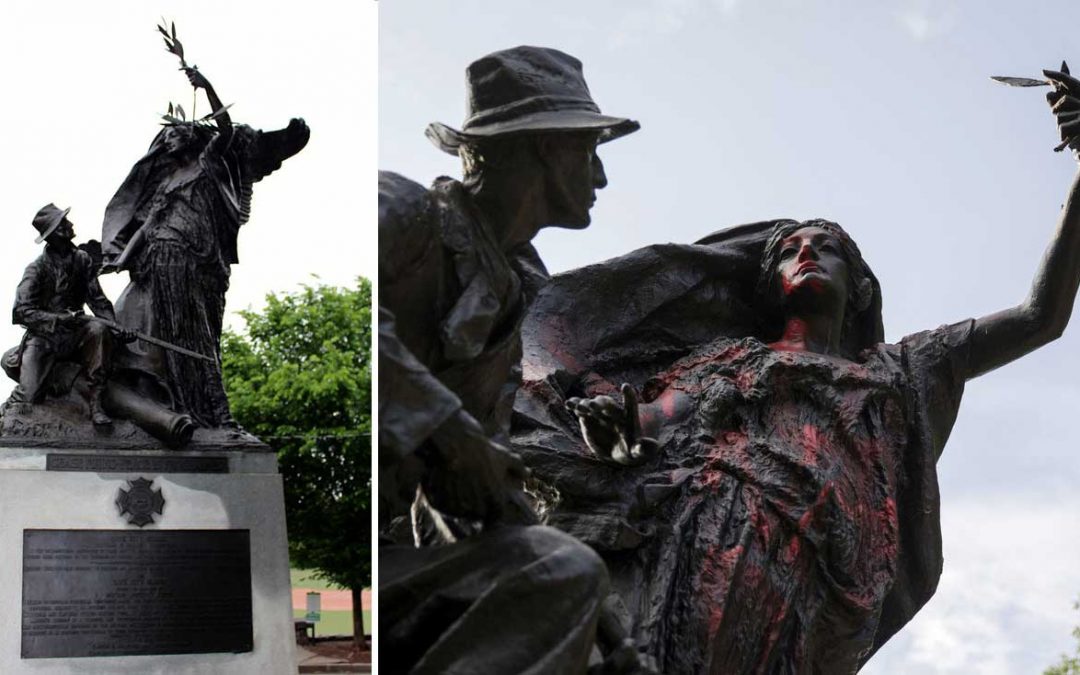 Cease Firing – Peace is Proclaimed, or just the Peace Monument, sometimes referred to as Gate City Guard, was designed by sculptor Allen George Newman and dedicated in Piedmont Park on October 10, 1911. It depicts an angel staying the hand of a Confederate soldier as he holds a rifle. In her other hand, the angel holds an olive branch. The monument is a tribute to the “Mission of Peace” undertaken by the Gate City Guard in 1879. The Guard, who who fought in the Confederate Army, traveled to greet their former adversaries in the northern and eastern states, inviting them to unite with the people of the south to heal the nation’s wounds in a peaceful reunion of the states. In August 2017 protesters spray-painted and broke a chunk off a statue after they marched through the city to protest the weekend violence in Charlottesville, Virginia, under the impression it was a pro-Confederate monument. It’s more complicated than that, isn’t it?