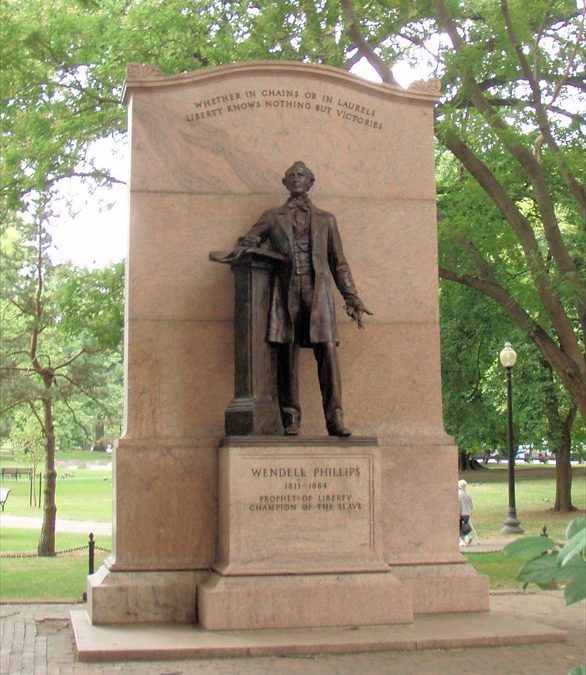 Wendell Phillips was a Boston lawyer who, in 1835, after hearing an impassioned speech by abolitionist William Lloyd Garrison, abandoned his practice and devoted the rest of his life to fighting slavery and other civil rights causes, including the rights of native Americans to vote, women’s rights, temperance, and other issues of peace and freedom. The artist, Daniel Chester French is perhaps best known for his statue of Lincoln at the Lincoln Memorial. The cast bronze shows Phillips standing, with his right fist resting on a speaker’s podium, while his left hand grips a few links of a broken chain. It is mounted on a granite base on which is inscribed two passages: “Whether in chains or in laurels, liberty knows nothing but victories” and “Prophet of Liberty, Champion of the slave.”