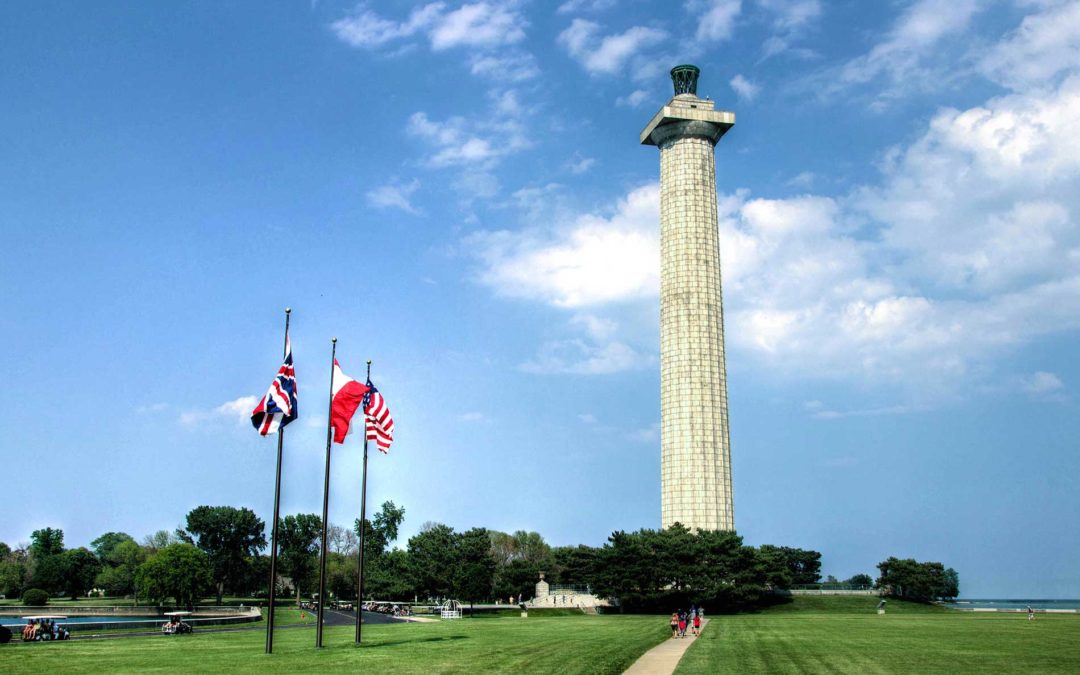 Perry’s Victory and International Peace Memorial commemorates the Battle of Lake Erie that took place near Ohio’s South Bass Island, in which Commodore Oliver Hazard Perry led a fleet to victory in one of the most significant naval battles to occur in the War of 1812. Located on an isthmus on the island, the memorial also celebrates the lasting peace between Britain, Canada, and the United States that followed the war. The 352-foot Doric column was constructed by a multi-state commission from 1912 to 1915 “to inculcate the lessons of international peace by arbitration and disarmament.” It is the only international peace memorial in the United States National Park System. A rotunda in its base that records the names of the American dead and wounded from the Battle of Lake Erie during and the text of the Rush-Bagot Pact (1817), which began the process of defining the boundary between the United States and British North America by eliminating their Naval fleets from the Great Lakes, excepting small patrol vessels.