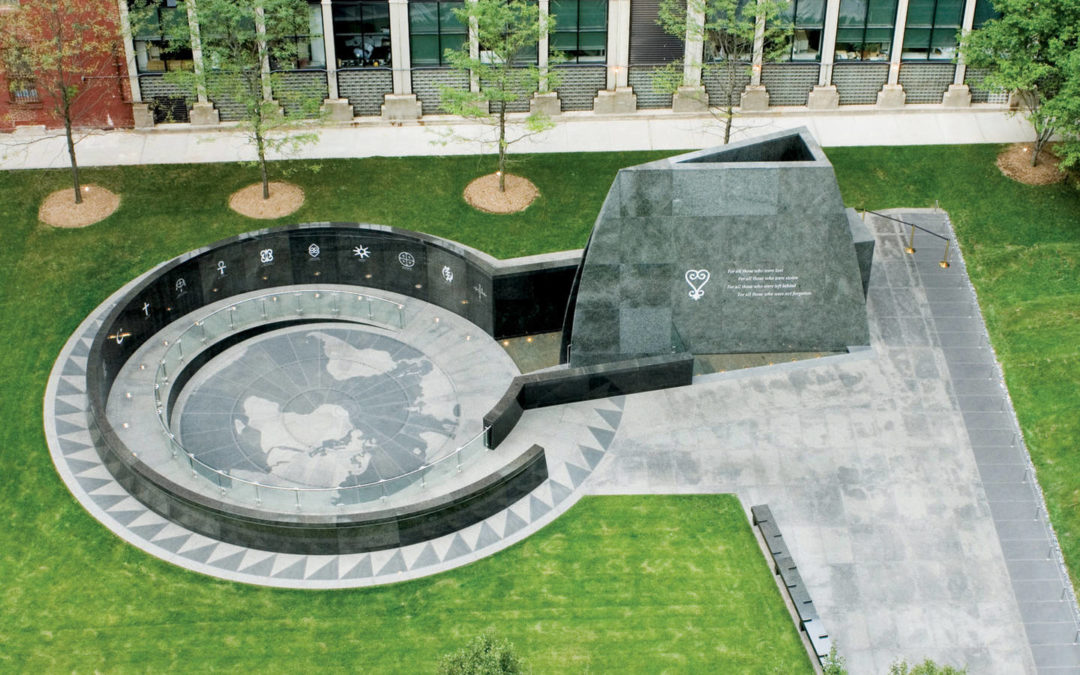 African Burial Ground National Monument is a monument in the Civic Center section of Lower Manhattan, New York City. The site was designated a National Historic Landmark in 1993 and a National Monument in 2006 by President George W. Bush. Congress appropriated funds for the memorial in 2006; it was dedicated in 2007 and an interpretive center was opened in 2010. The site contains the remains of more than 419 Africans buried during the late 17th and 18th centuries in a portion of what was the largest colonial-era cemetery for people of African descent, some free, most enslaved. Historians estimate there may have been 10,000–20,000 burials in what was called the “Negroes Burial Ground” in the 1700s. The five to six acre site’s excavation and study was called “the most important historic urban archaeological project in the United States.” The memorial design for the 25-foot granite monument features a map of the Atlantic area within the “Circle of Diaspora” in reference to the Middle Passage, by which slaves were transported from Africa to North America. It is built of stone from South Africa and from North America, to symbolize the two worlds coming together. The Door of Return, refers to “The Door of No Return”, a name given to slave ports set up for involvement with the age-old local institution of slavery on the coast of West Africa, from which so many people were transported after sale by their native chiefs, never to see their homeland again. The memorial is designed to reconnect ethnic African Americans to their ancestors’ origins.