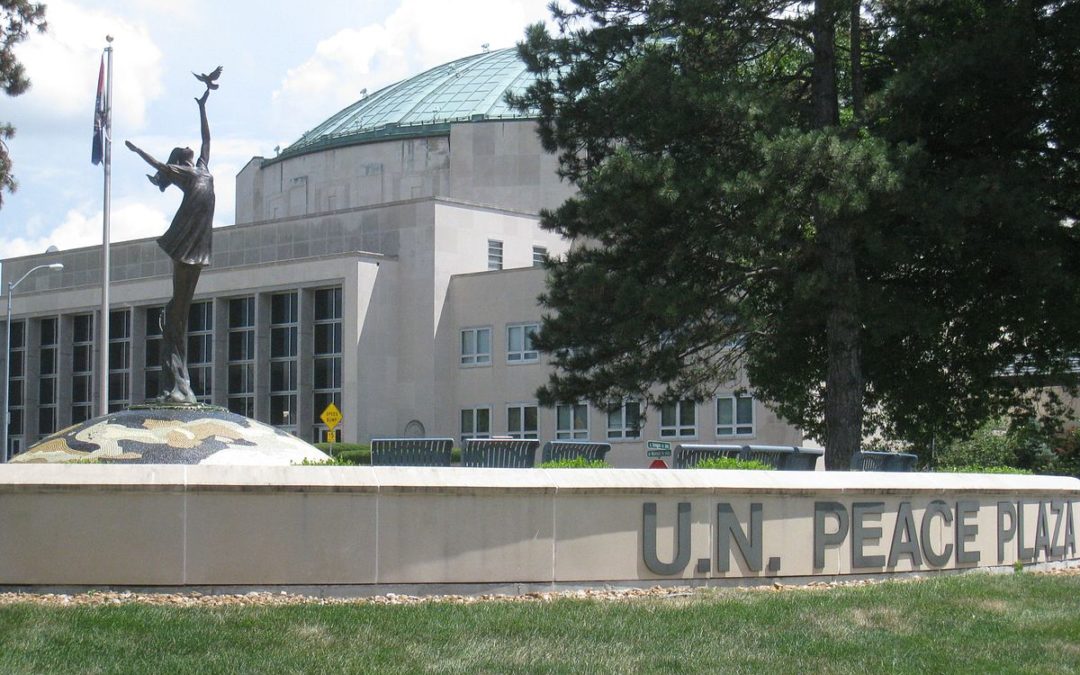 The United Nations Peace Plaza in Independence, Missouri was unveiled on October 27, 1997 commemorating the 50th Anniversary of the United Nations and formally dedicated by U.N. General Secretary Kofi Annan on April 25, 2003. It is described by its creators as “the only memorial in the world to those persons serving in the Peacekeeping Forces of the United Nations.” The 12.5-foot statue was named “Girl with Dove” by its sculptor, Tom Corbin. President Harry S Truman came home to Independence to proclaim the creation of the United Nations immediately after signing the United Nations Charter in San Francisco on June 26, 1945. The first U.N. peacekeeping operation, established during President Truman’s administration, monitored the armistice ending the 1948 war between the new State of Israel and its neighbors. The second, also during Truman’s tenure in the White House, observed the peace between the newly independent states of India and Pakistan. A plaque at its base contains words from his speech, given at the Reorganized Latter Day Saints auditorium, pictured in the background of the photo: “History has bestowed on us a great responsibility. We failed before to give a genuine peace. We dare not fail this time. We must not repeat the blunders of the past.” The glass mosaic on the globe, meant to represent a view of the world from space, and the fountain, which pours from the base of the globe, were added later. The memorial was instigated by the United Nations Association of Independence and partially funded by engraved bricks embedded in the path.