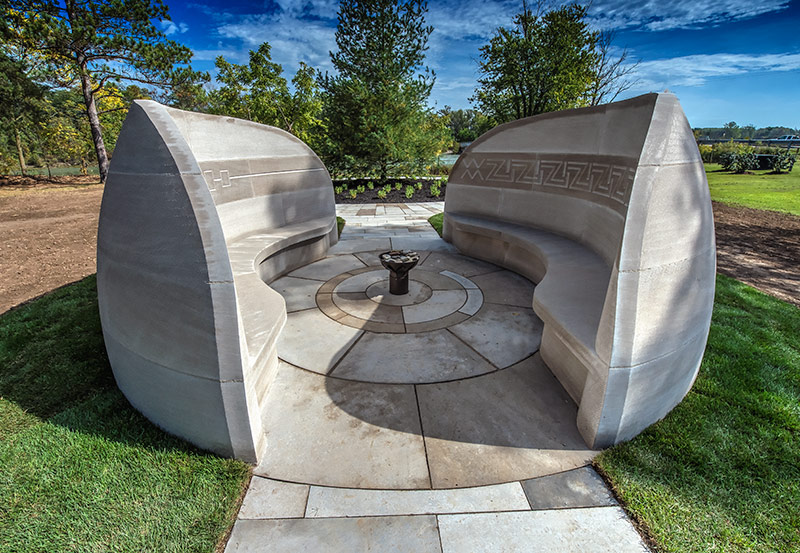 Unveiled October 7, 2017, the monument, designed by Canadian architect and human rights activist Douglas Cardinal, was built to honor the First Nations contributions to the War of 1812 and to the creation of Canada. At the unveiling Cardinal, an Anishinaabe elder, said that the monument represents the Circle of all life and the coming together of all Canadians, with an open heart, in peace. The hand-crafted limestone block represents a Haudenosaunee longhouse and symbolizes native inclusion and protection, opening to the east and west, with two graphic wampum belts fixed into the two sides.. Seating in the center surrounds a glass hearth representing the sun. The pathway leading into the monument also leads to a circular garden where a singular white pine tree was planted; the white pine is an Iroquois nations symbol of peace. The white pine is also planted in honor of the first nations women, honoring their strength and intelligence.