Monday’s Monument: Memorial of the Victims of the Violence in Mexico, Mexico City, Mexico 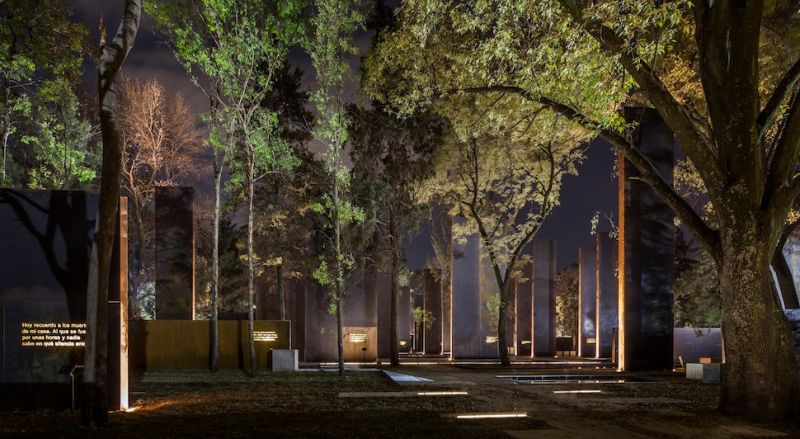 Dedicated in April, 2003, the memorial, which was designed by Gaeta Springall Arquitectos, is made from 70 pieces of weathered Corten steel, some raw, some with mirrors on their sides. It occupies nearly four acres of the Chapultepec Forest, land formerly controlled by the secretary of Defense. The setting is at once vast and intimate. Concrete walkways meander through the panels, past benches, swatches of grass and pools of water. A message on one of the slabs encourages visitors to “Pinta lo que sientes … expresa lo que piensas”: “Paint what you feel … express what you think.” So among the permanent quotes from writers and thinkers on peace like Gandhi, Carlos Fuentes and Octavio Paz are inscriptions left in chalk or paint or etched into the steel from whoever has something to say. All but a few inscriptions are drawn and scratched by Mexican relatives or friends of those lost to violence. People come from all over Mexico, but cities where the back alleys have seen more blood are better represented. Ciudad Juárez. Torreón. Tijuana. A recent government report showed that 47,515 had died in drug war violence between Dec. 1, 2006, and Sept. 11, 2011. That does not include the thousands who are missing, and the definition of “drug-related” has never been clear. It was paid for by money confiscated from drug cartels. 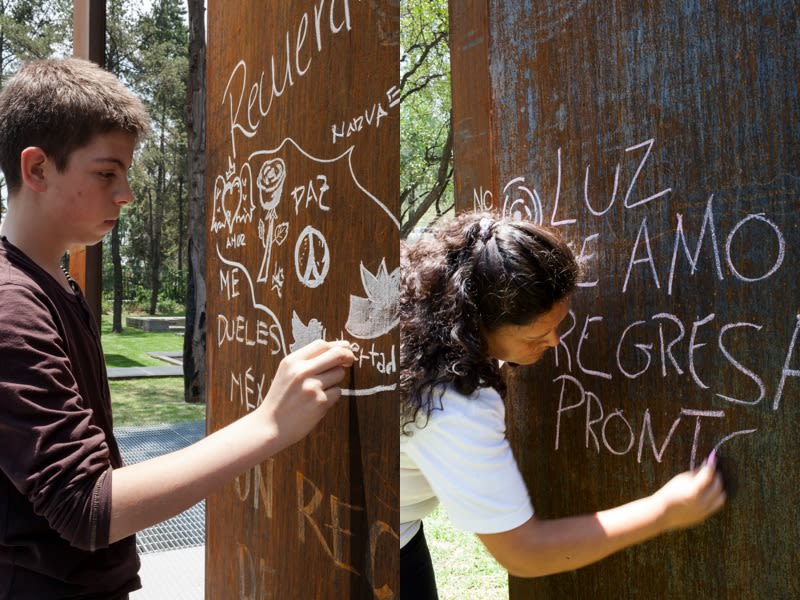