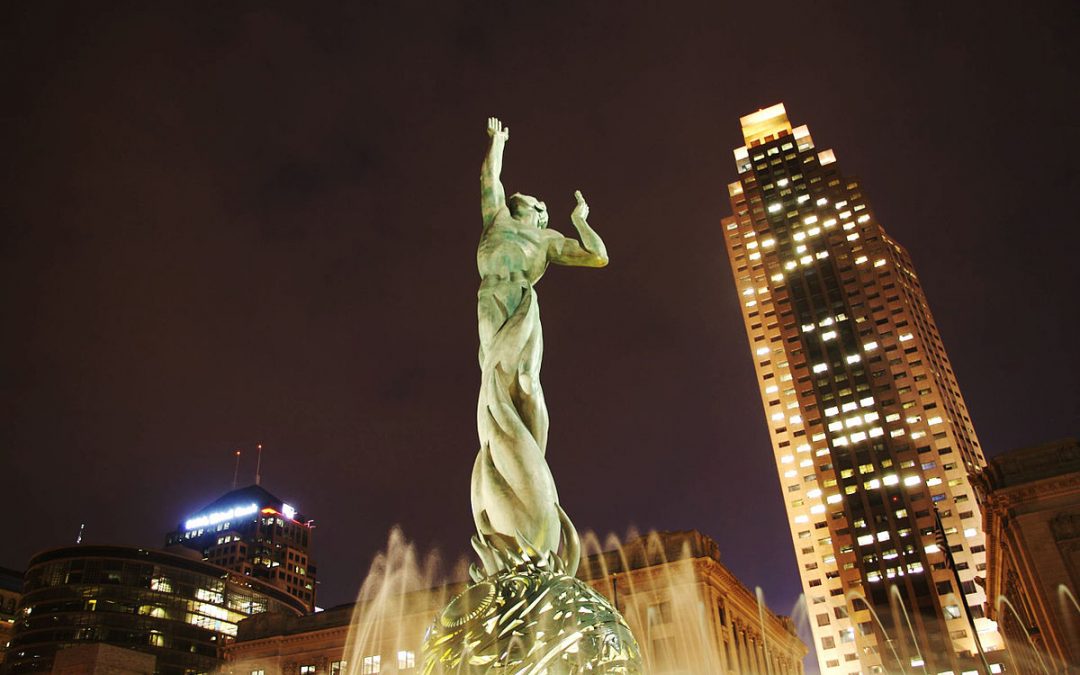 The original concept for the memorial was as a memorial for Vietnam Veterans but was changed to one which honored all those who died or were declared missing in wars fought from 1900 until now. The granite base surrounding the fountain now includes 5,558 names of Cuyahoga County residents who were killed or went missing during these wars. The artist, Marshall Fredericks, described the central sculpture by saying “This Figure expresses the main theme of the Fountain, namely, the spirit of mankind rising out of the encircling flames of war, pestilence, and the destructive elements of life, reaching and ascending to a new understanding of life. Man rising above death, reaching upward to his God and toward Peace.” The bronze sphere from which the figure rises represents Earth. Four granite carvings, representing the “geographic civilizations of the world”, are placed around the sphere. It was initially dedicated in 1964 and has undergone a new dedication each time names have been added. The fountain was initiated and promoted by the Cleveland Press, which raised $250,000 in donations from private citizens and organizations.