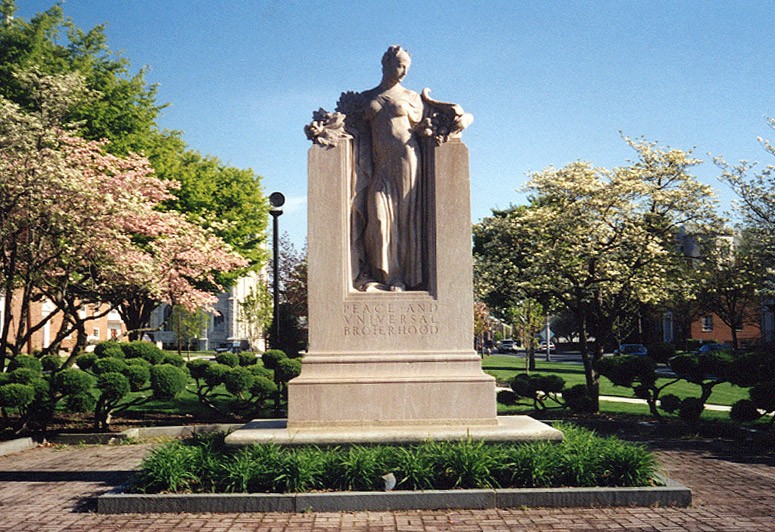 Elihu Burritt was known as the “Learned Blacksmith.” He lectured throughout New England about the joy of learning, then turned his attention to humanitarian causes for which he is famous: the abolition of slavery, the dignity of the American working man, and the cause of world peace. In pursuit of peace, Burritt worked with the leading legislators in the United States and Europe. In England he addressed 150 meetings on behalf of the League of Universal Brotherhood. In 1847, he visited Ireland during the potato famine and made Americans aware of the plight of the Irish. Burritt joined the fight to reduce the cost of sending mail across the ocean to one penny, down from 25 cents, believing that correspondence among common people would aid the cause of world peace through friendship and understanding. On the front of the monument, erected in 1914, is engraved: PEACE AND UNIVERSAL BROTHERHOOD. On the back is engraved: 1810 1879 \ to Elihu Burritt \ learned blacksmith scholar linguist philanthropist to whose love for humanity the world owes the first international peace congress and ocean penny postage this memorial is erected by his fellow citizens.