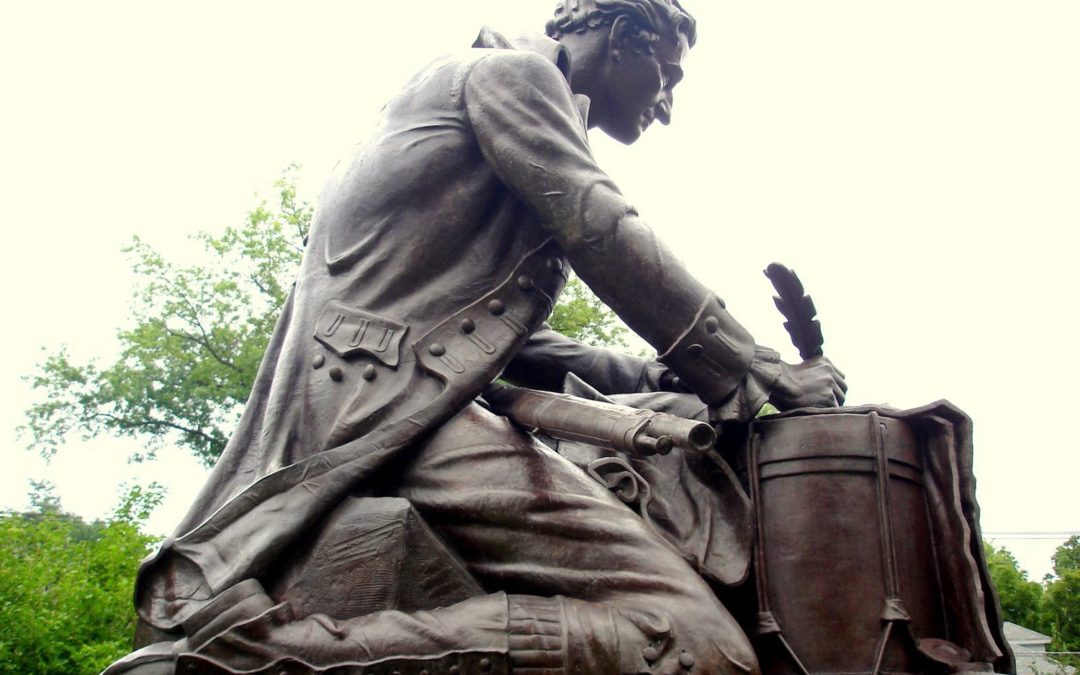 Thomas Paine, philosopher of the American and French Revolutions, author of “Common Sense,” has been a controversial figure when it comes to monuments.

In 1942 a Paine statue was proposed for Fairmount Park in Philadelphia but the idea was shot down because his book “The Age of Reason,” it was wrongly claimed, promoted atheism (it actually argues for Diesm.) There is an historical marker, however, on Thomas Paine Place, marking the print shop where “Common Sense” was printed.

Two Paine statues are the brainchild of Joseph Lewis, an American publisher and freethinker. In 1936 he persuaded the Popular Front government of Leon Blum to erect a statue of Paine in the Parc Montsouris, in Paris, which was dedicated in 1948. Lewis also raised the funds for a statue on the Green in Morristown, New Jersey, pictured above, where Washington had his HQ from January through May 1777.

In 1975, inspired by the coming Bicentennial in the United States, citizens of Bordentown, N.J., met to discuss the idea of a statue or a monument to honor “Thomas Paine of Bordentown,” where he briefly lived. It took a while: the unveiling took place on June 7, 1997. There there are busts of him on both the Pennsylvania and New Jersey sides of Washington’s Crossing and a plinth (dedicated in 1839) topped with a bust (added in 1899) in New Rochelle, New York, where Paine also lived.

In 1964 U.S. Air Force pilots with the 8th Division, who were stationed in Tom Paine’s hometown of Thetford, Norfolk during World War II presented it with a statue of Paine. The front of the Thetford statue reads: “My country is the world / My religion to do good.” Words on the back of the statue are: “Englishman by birth, French citizen by degree, American by adoption.” The other English statue of Paine is in Lewes, East Sussex, where Paine lived for six years, leaving there to emigrate to America in 1774 at the urging of Benjamin Franklin. It was dedicated in 2010.

The statue pictured at the top of the page is the one in Morristown. Immediately above,, from left to right, are Bordentown, Paris, Thetford, Lewes and the Philadelphia plaque.)