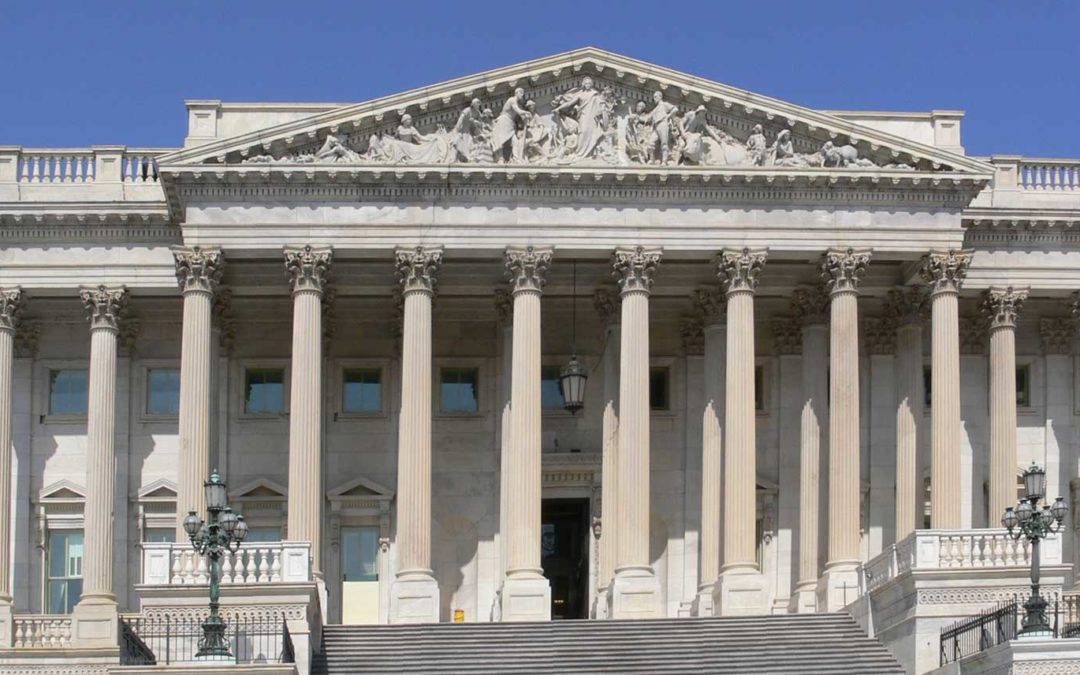 Apotheosis of Democracy is on the United States Capitol House of Representatives portico’s east front in Washington, D.C. The pediment’s center focal point is the figure of allegorical Peace, which is dressed in armor and is depicted protecting Genius. Leaning against Peace’s proper* right leg, Genius holds a torch that symbolizes immortality in his right hand. Peace stands in front of an olive tree.

To Peace’s proper left is a figure of Agriculture, and next to that figure is a reaper with his assistant, a farmer with his bull, a putti carrying grapes, and a mother with her child who plays with a ram.

To the proper right of Peace is Industry, and next to him is a printmaker, an ironworker, a founder, a factory girl and a fisherman. The corners of the pediment have waves, which represent the Atlantic and Pacific oceans.

The original pediment was commissioned in 1857, however, the work was never completed due to lack of funding. Another competition was held in 1908 and Paul Wayland Bartlet was chosen. The pediment was dedicated on August 2, 1916. (If you’re wondering, In theology, apotheosis refers to the idea that an individual has been raised to godlike stature. In art, the term refers to the treatment of any subject in a particularly grand or exalted manner.)