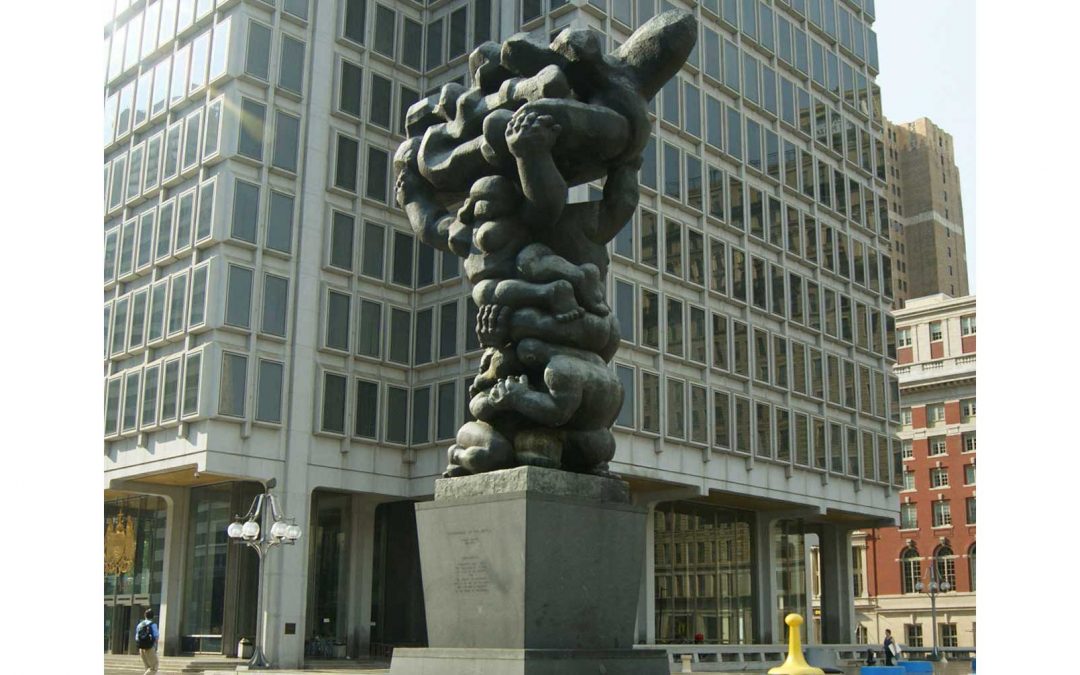 This statue, by Jacques Lipchitz, was commissioned by the City of Philadelphia to fulfill a public art requirement in what is now called Thomas Paine Plaza, in front of the new Municipal Services Building across from City Hall. In 1972 it was in Italy, awaiting casting, when Frank Rizzo was elected mayor. He called the statue “a load of dumped plaster” and cut off funding. The Fairmount Park Conservancy took over, and it was installed in 1976.

It is an inverted pyramid of human arms, legs, and torsos. Those at the base resemble a family group of father, mother, and child – “the wellspring of life,” according to the artist. Farther up are a young couple who express “the hope and future of society.” At the top two mature figures, a man and a woman, hold aloft a turbulent form that represents the banner of Philadelphia. As a symbol of democracy, the sculpture suggests a process of continual struggle, mutual support and dedication, and eventual triumph.

Ironically, a statue of Rizzo was installed on the steps leading to the building in the 1990s. Long opposed by the African-American community (he is was perceived as being corrupt and brutal, both as mayor and in his previous job as police commissioner) in November, 2017 the city agreed to move the Rizzo statue.