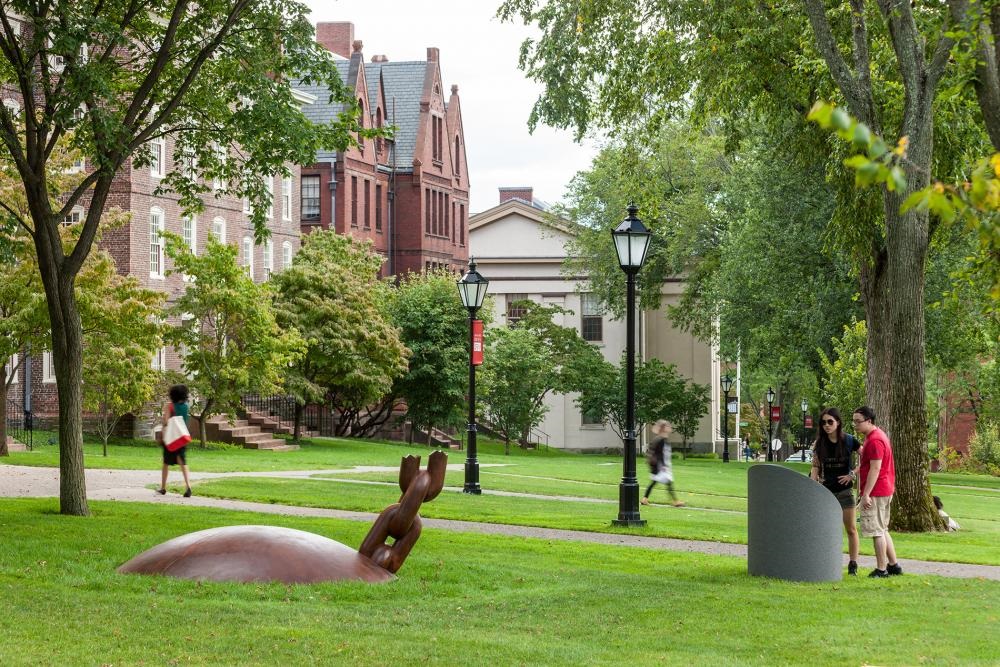 In 2003 Brown University undertook a study of the university’s relationship to the trans-Atlantic slave trade. The findings of the three-year study showed that slavery and the slave trade were pervasive throughout Rhode Island; Rhode Island dominated the North American share of the African slave trade; the economy of the state was dependent on slavery; and Brown University was a beneficiary of this trade. The Slavery and Justice Committee set out a number of recommendations for future actions, one of which was the creation of a permanent memorial to recognize Brown and Rhode Island’s relationship to the transatlantic slave trade: “a living site of memory, inviting reflection and fresh discovery without provoking paralysis or shame.”

The two-part memorial includes a sculpture and stone plinth with engraved text. A massive ductile-iron chain rises up from a dome measuring eight feet in diameter. The links of the chain are broken at eye level and the broken surface is mirrored in silver to reflect the sky above. Reminiscent of a ball and chain, the dome also represents the weight of history still half buried, while the reflected sky symbolizes hope for the future. The text on the plinth reads, in part: This memorial recognizes Brown University’s connection to the trans-Atlantic slave trade and the work of Africans and African-Americans, enslaved and free, who helped build our university, Rhode Island, and the nation. . . Brown University was a beneficiary of this trade. It was designed by Martin Puryear and installed in 2014.