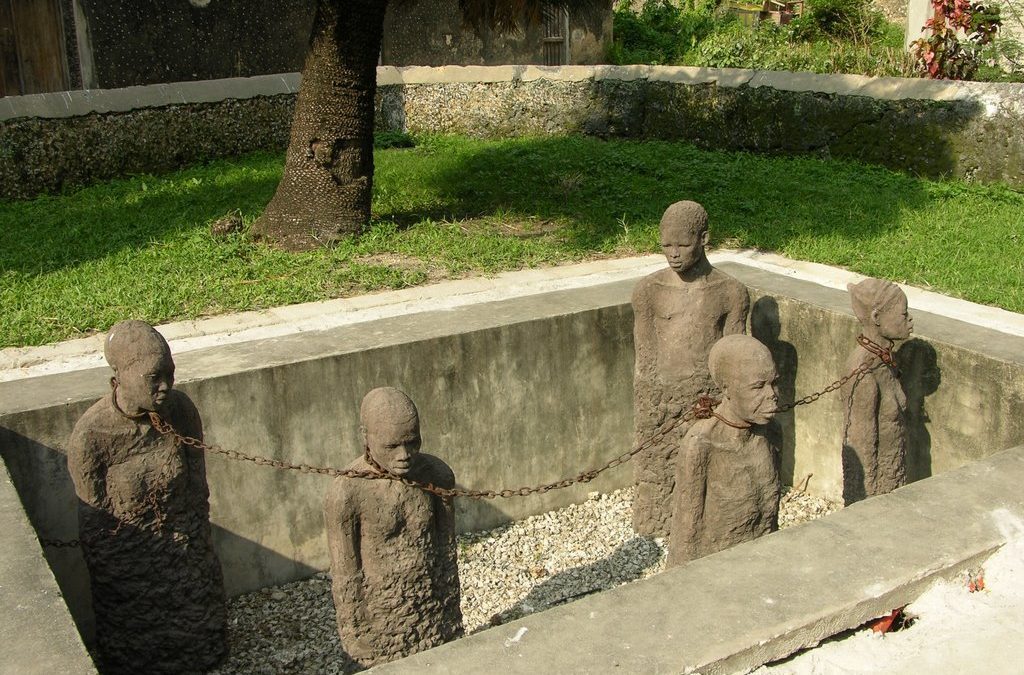 The Slave Memorial in Zanzibar, Tanzania, recalls how slaves were once held in underground chambers until sold in the nearby slave market. Swedish sculptor Clara Sönäs produced the work in 1998. The chains are real historical artifacts. The slave trade shifted to East Africa after the British parliament voted to end the West African slave trade and later positioned navy squadrons off the coast to intercept slaving vessels headed for the New World. The demand for slave labor was high in the Caribbean and Brazil, which didn’t abolish slavery until the late 19th century. The market was closed on the orders of the Sultan (of Oman) Barghash bin Sayyid in 1873, and in 1879 Christ Church, an Anglican cathedral was constructed at the site. Stone Town is now a UNESCO World Heritage site.