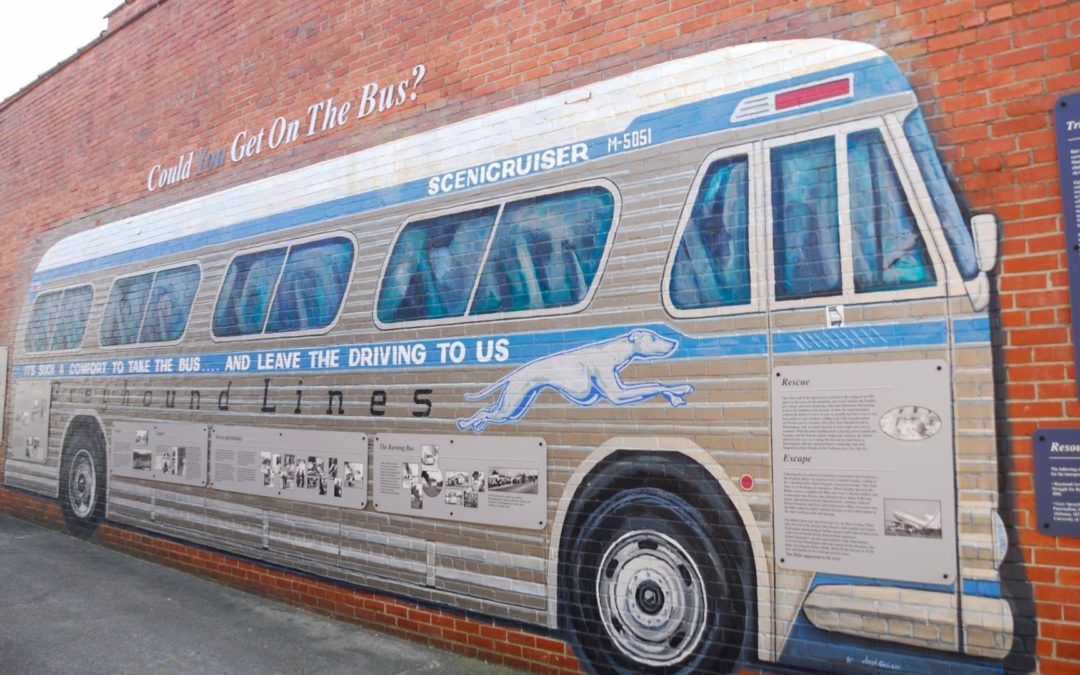 Established on January 12, 2017, one of President Obama’s last acts as president, Freedom Riders National Monument shares stories of people and places that gained national attention in the fight against the injustices of Jim Crow laws and eventually led to regulations banning segregation in interstate travel. Violence broke out when a mob of KKK members attacked a bus at the Greyhound station in Anniston on Mother’s Day, 1961. They blocked its exit and slashed the buses tires. Sheriff deputies came in but only “protected” the bus as far as the city line. Crowds caught up with the disabled Greyhound bus, lit it on fire with a Molotov cocktail, and beat the activists as they came off the bus. An hour later when a Trailways bus arrived in town, eight KKK members came on the bus, beat the Freedom Riders and left them semi-unconscious. The monument includes the former Greyhound Bus Station located at and the place where the bus was firebombed, about six miles outside of the town on State Route 202. Now, all that is in place is the mural and interpretative plaques outside the bus terminal, which will be developed into a visitor’s center. Plans and fundraising are underway to develop 5 acres outside town where the bus was firebombed as a park. 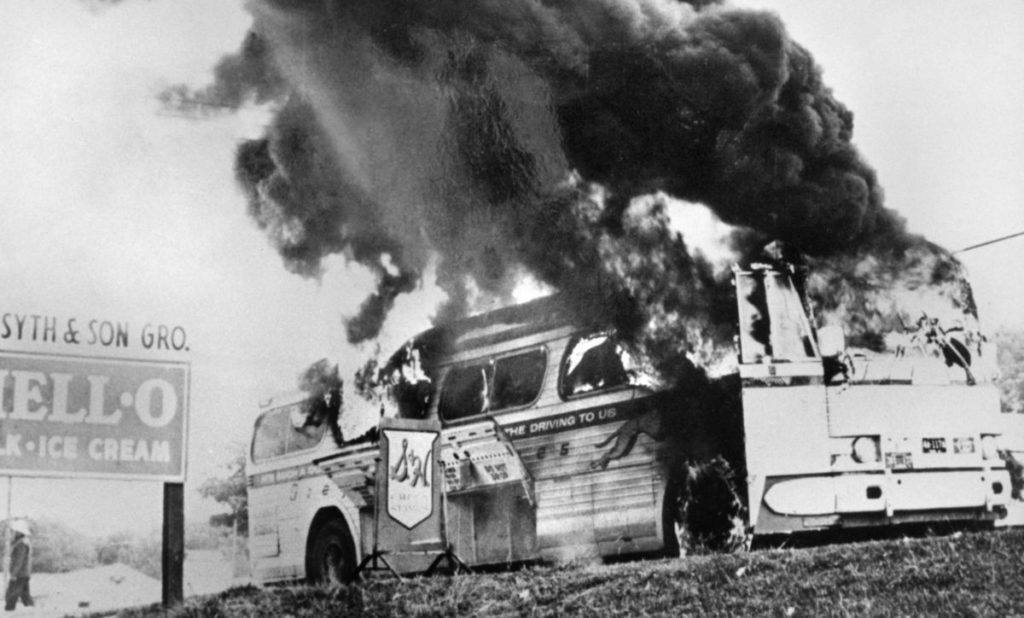