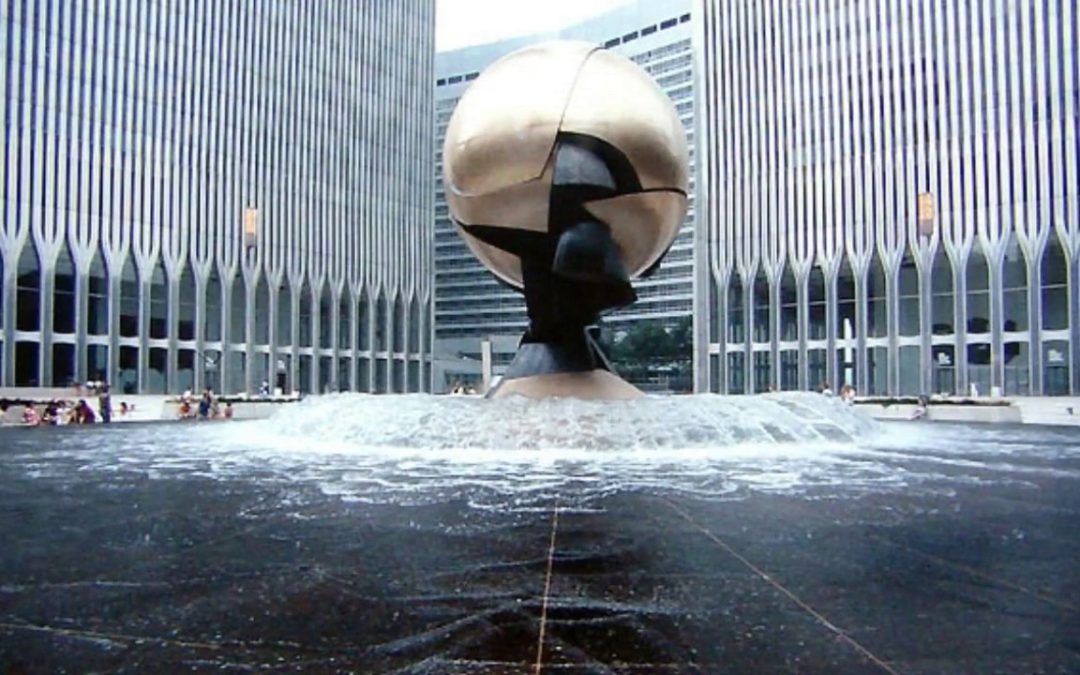 The Sphere was commissioned by the owner of the World Trade Center, the Port Authority of New York and New Jersey, in 1966. Sculptor Fritz Koenig started work in 1967 in his barn in Bavaria, while the WTC was in the planning stages, and finished it four years later in time for the opening of the towers. Officially titled Große Kugelkaryatide (Great Spherical Caryatid) by the artist, the sculpture was soon referred to as The Sphere. The artwork was meant to symbolize world peace through world trade, and was placed at the center of a ring of fountains and other decorative touches designed by WTC architect Minoru Yamasaki to mimic the Grand Mosque of Mecca, Masjid al-Haram, in which The Sphere stood at the place of the Kaaba. It rotated once every 24 hours. The original placement is pictured above.

The Sphere was recovered from the rubble, after September 11, 2001, visibly damaged but largely intact. After being dismantled it was temporarily stored near a hangar at JFK airport, then relocated to a temporary location in Battery Park, where in unrestored condition it was re-dedicated (September 11, 2002) with an eternal flame. Having become a major tourist attraction, the unrestored sculpture was re-dedicated on August 16, 2017 by the Port Authority at a permanent location in Liberty Park, overlooking the September 11 Memorial and its original location. 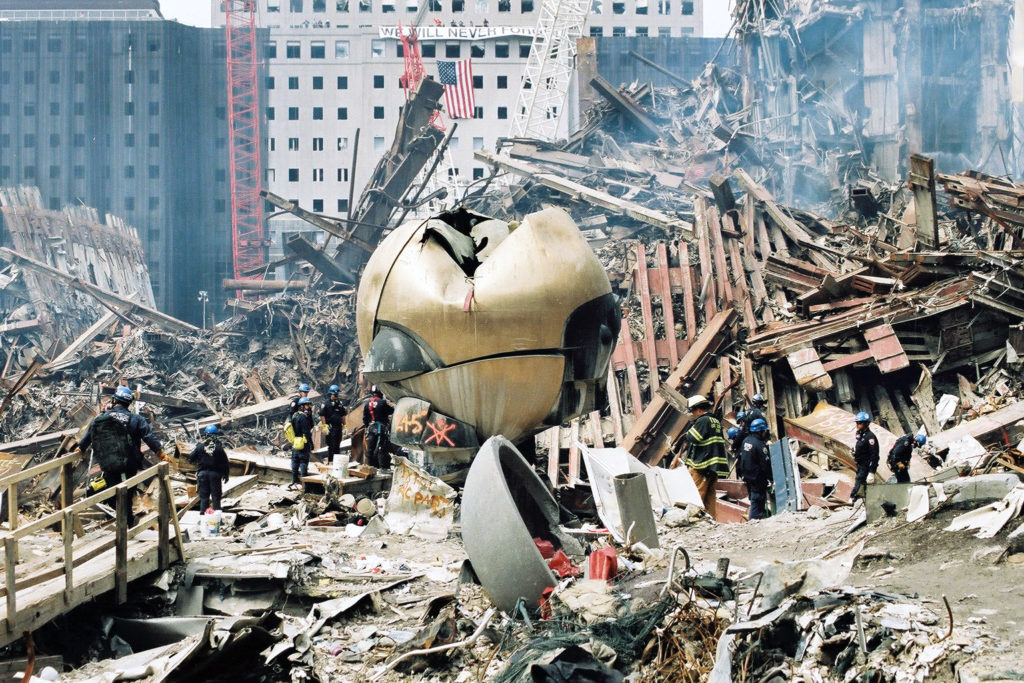 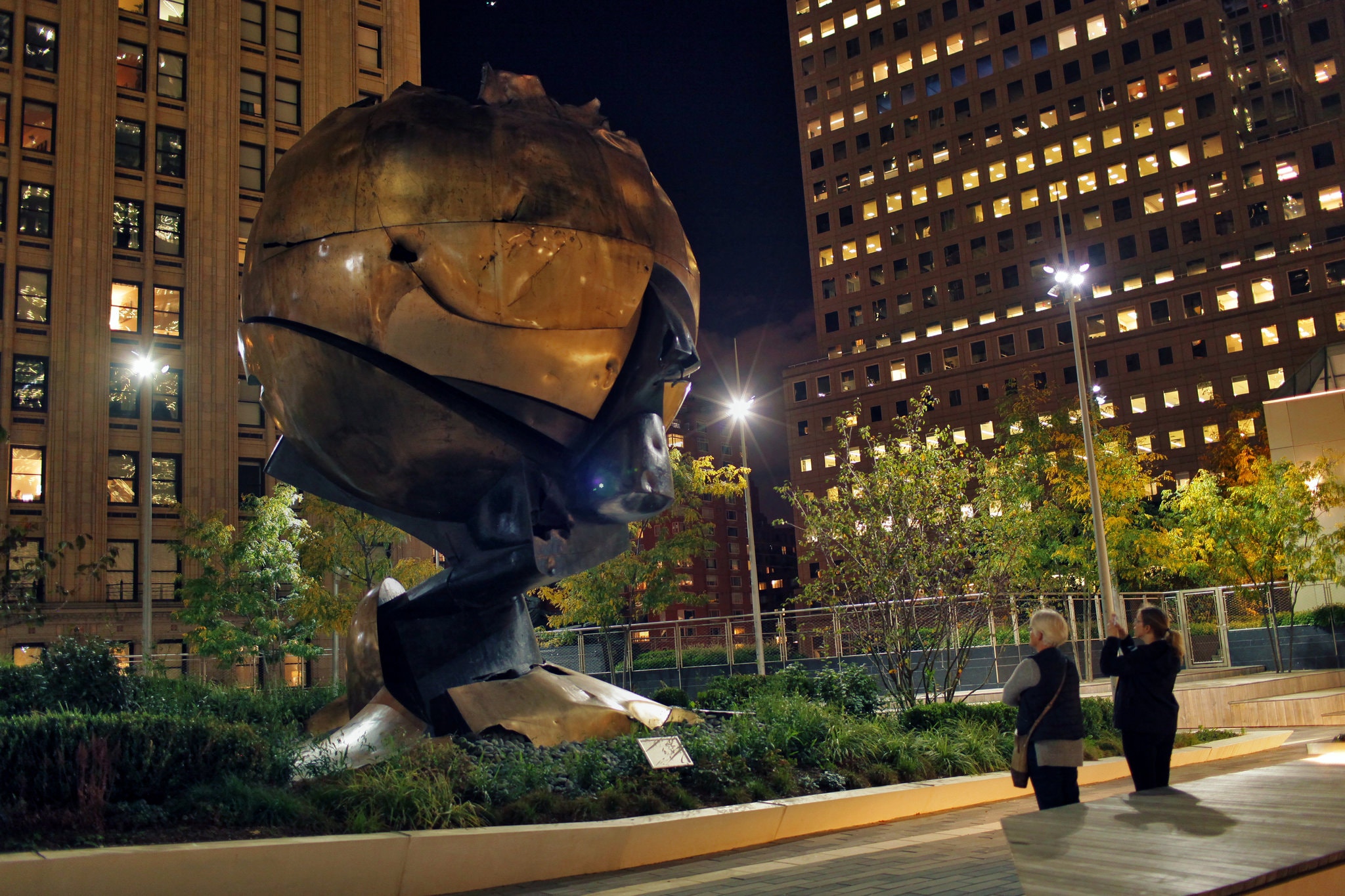 The Sphere at its current location in Liberty Park, overlooking the original site.